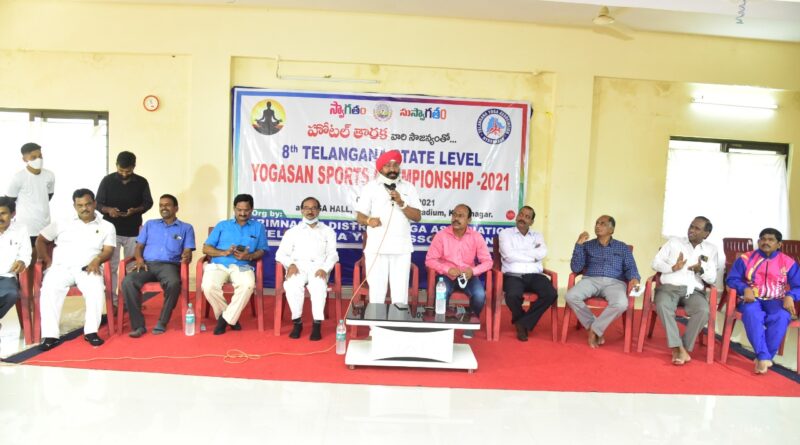 KARIMNAGAR: Telangana state Yoga association state chairman and former Karimnagar Mayor S Ravinder Singh has urged the state government to include yoga in the school curriculum as part of physical education and benefit the student community to stay healthy and fit without any stress.

Already some states in the country such as Haryana, Tripura, Puducherry have included yoga in the school curriculum and the world was also celebrating the International yoga day on June 21 because of its importance by the United Nations, he stated.

Participating in the eighth the state-level yogasan sports championship-2021 organised by the district yoga association at the yoga hall at the Ambedkar stadium in Karimnagar town on Sunday, Mr Singh said that yoga was the ancient form of sports from the country to keep a person mentally and physically fit and it was being adopted and practised throughout the world.

He said that the introduction of yoga in the school curriculum would help the students improve their attention towards studies and added the daily practice of yoga would reduce stress and anxiety among the student community, who were the future generation of the country. He also stated that yoga was an immunity booster and protects from all lifestyle ailments. 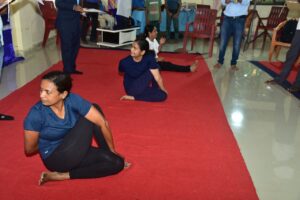 Yoga association state general secretary Jala Manohar Kumar said that the state government had recognised yoga as a sport and providing two per cent reservations to the students in education and employment. Since the formation of the Telangana state yoga association, they were conducting yoga competitions in every district and the Karimnagar district tops in conducting the events, he stated.

District Sports Development Officer Keerthi Rajaveeru informed the district yoga association to conduct a mega yoga event with over 2,000 yoga sportspersons and assured all assistance for the conduct of the event. District yoga association general secretary Nagireddy Sidda Reddy said that a total of 180 sportspersons from nine integrated districts of the state were participating in the yoga events. The selected yoga sportspersons would be included in the Telangana yoga team to participate in national events, he stated. 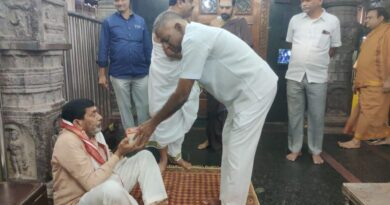 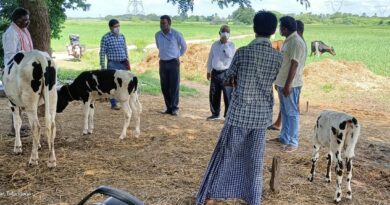 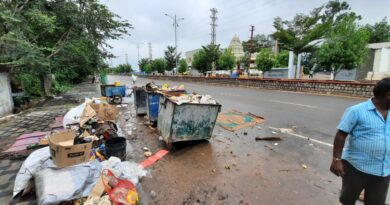 7 thoughts on “Govt urged to include yoga in school curriculum”