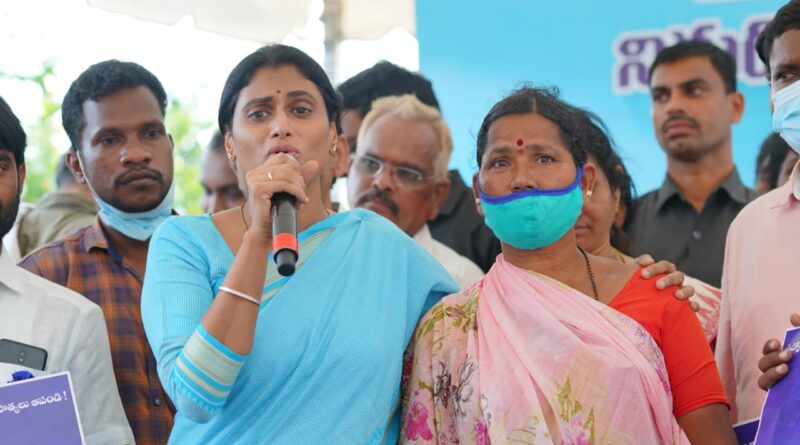 Demands KCR to resign and appoint Dalit as CM

RAJANNA-SIRCILLA:  YSR Telangana party founder president YS Sharmila has said that all sections of society were happy and prosperous only during the five-year regime of Chief Minister Dr YS Rajashekhar Reddy in the state.

Sharmila, daughter of former Chief Minister YS Rajashekhar, had launched her day-long hunger-strike in Gollapalli village of Konaraopeta mandal in Rajanna-Sircilla district on Tuesday for the cause of unemployed youth. Earlier, she visited the house of Mahender Yadav who committed suicide due to non-issuance of employment notification and consoled the bereaved family members.

Speaking on the occasion, she launched a scathing attack against Chief Minister K Chandrashekhar Rao for failing to fulfil the promise of employment to each household. Alleging that the Telangana state was topping the country in the unemployment, she said that over 1200 youth committed suicide for Telangana state and now over 200 youth had committed due to unemployment following the non issuance of job notifications. She claimed that YS Rajashekhar Reddy government had issued several employment notifications and recruited several unemployed youth.

“There is no employment notification for the unemployed youth. But, the CM had provided five employments to his family members”, she charged. “Is this the Telangana we sought for? The Telangana had been locked in the KCR ‘gadi’ (fort)”, she alleged and demanded the government to fill up 1.91 lakh jobs immediately and provide employment to the distressed unemployed youth of the state.

She also attacked Minister for IT and Municipal Administration K Taraka Rama Rao for not even expressing sympathies to the bereaved family of Mahender Yadav, who had committed suicide due to unemployment in Gollapalli village. She alleged that the police arrest and detain the opposition leaders and media personnel if ‘Chinna Dora” (Mr KTR) was coming to the district to participate in the inaugurations.

Alleging that there was no safety and security for the dalits in the Telangana state, she reminded that the Dalits beaten and harassed by the police in Nerella village when they questioned the sand mafia. She demanded Chief Minister K Chandrashekhar Rao resign and appoint the Dalit as the chief minister to fulfil his promise. 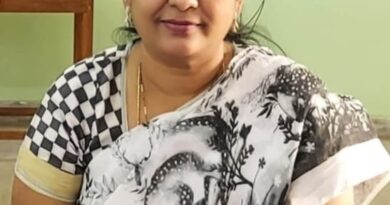 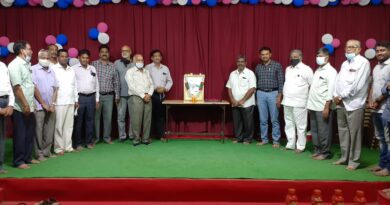 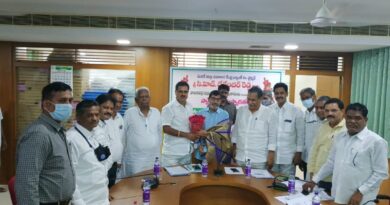