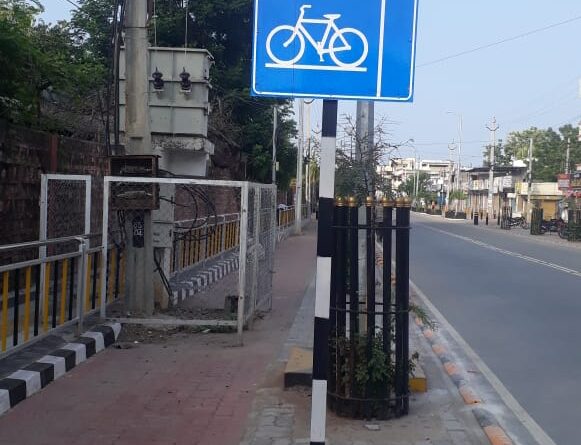 No segregated cycle track in any part of town

Only signboards are displayed without cycle track

Mission to encourage cycle as a mode of transport diluted

KARIMNAGAR:  The signboards are prominently displayed informing that the cycle tracks are available on the Smart City roads in various parts of the town, but one could hardly find a cycle lane in any part of Karimnagar town, which is growing in leaps and bounds.

The Municipal authorities had made tall claims about the availability of cycle tracks in all the Smart city roads to encourage non-motorised transport. The cycle tracks were proposed to encourage people to start using bicycle as the primary mode of transport to the workplace or as a connectivity mode for public transport.

Incidentally, it is also mandatory on the part of the authorities for the creation of cycle tracks and footpaths for the pedestrians as part of the Karimnagar Smart city roads. There should be segregated lanes exclusively for bicycles to avoid accidents and the provision of safe and secured parking spaces. The authorities should also set up cycle sharing stations at important places for the benefit of people to travel on the bicycle on allocate cycle track.

Ironically, there are only signboards informing about the availability of cycle tracks, but no cyclist can cycle on the specified cycle track as it does not have any segregated lane to pedal the bicycle. It is having all obstructions such as electric poles, transformers, ramps and encroachments by the vendors and shopkeepers.

Thanks to the unscientific execution of the Smart City works, the wide roads had become narrow due to Smart city roads. On the other hand, the newly laid roads are flooded during the rainy season due to no proper construction of side drains. The water is logged at several Smart city roads stretches in the town.

When the district authorities had announced the construction of segregated cycle tracks as part of Smart city roads, the residents felt very happy to take up the cycle as the mode of transport to reach various destinations in the town. The health-conscious people and cyclists were also excited about the news of laying cycle tracks. But, all their dreams have been shattered as the authorities had laid out unscientific cycle tracks which are not at all usable.

However, the MCK authorities said that they were constructing special cycle tracks on the premises of Satavahana University, SRR government Degree College and women’s degree college for the benefit of the fitness enthusiasts. The Lok Satta udyama samstha district unit leaders had faulted the MCK authorities for failing to provide mandatory segregated cycle tracks in the town.

They alleged that the authorities had literally transformed the Karimnagar town from bad to worse in the name of Smart city works. There is no vision in the execution of any work and the roads have turned very narrow and would definitely become a cause of concern with traffic snarls becoming the order of the day with the growing vehicular population, they stated. 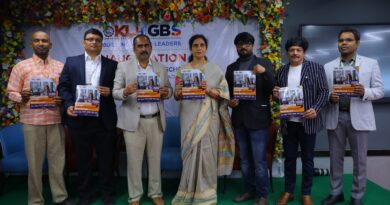 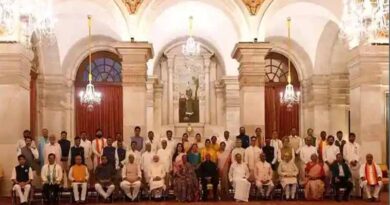 Union Cabinet and their Portfolios 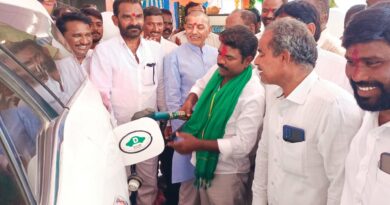 8 thoughts on “Where is the cycle track in Karimnagar Smart City project?”