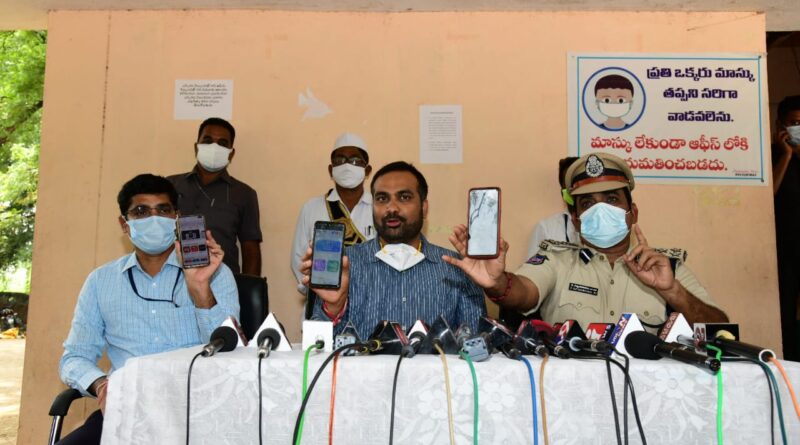 KARIMNAGAR: The stage is all set for the polling to the by-elections to the Huzurabad assembly segment on Saturday from 7 am to 7 pm in 306 polling stations amid unprecedented security arrangements and adhering to the Covid norms.

The district authorities are according to a top priority for strictly following the Covid norms of wearing facemasks and maintaining social distancing at all the polling stations. Already the polling personnel who were double vaccinated were deployed for the duties, the district authorities were also setting up help desks and health desks at all polling stations to guide the voters.

Special timings were allocated for the Covid-affected patients and people suffering from high temperatures to cast their votes at the respective polling booths only from 6 pm to 7 pm. The health desk at the station would provide them with necessary PPE kits and help them cast their vote by following the Covid norms. The authorities had marked social distancing marks at all polling stations to ensure distance among all voters in queue lines.

Collector RV Karnan said that they were taking all measures to ensure smooth conduct of elections in a free and fair manner. He said that they would strictly enforce Covid norms and model code of conduct at the polling stations. Stating that they had already distributed the voting slips in the segment, he informed the voters to come along with voters slip and specified 12 identity proofs such as Aadhar card, voters ID card, driving licences etc to the polling station to cast their vote. 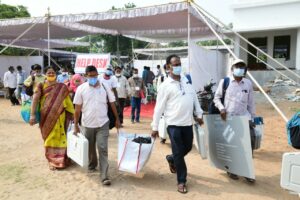 Commissioner of Police V Satyanarayana said that they sent back more than 4,000 non-locals residents from the Huzurabad segment. Stating that they had identified 107 problematic polling stations in the segment, he said that they had taken all measures to ensure smooth conduct of polling by deploying central and state police forces.

The Collector and Commissioner of Police had informed the people to use C-Vigil app to alert the officials concerned about the poll code violations, if any, during the polling process.  They had also inspected the distribution of polling material to the deployed polling station and given instructions for smooth conduct of polling and use of EVMs etc.

The by-elections were caused due to the resignation of sitting legislator Etala Rajender following his expulsion from the state cabinet. It is likely to be a keen triangular contest between Etala Rajender, who is contesting on behalf of the BJP, Gellu Srinivas as TRS candidate and Balmoori Venkat Narsinga Rao as Congress candidate. 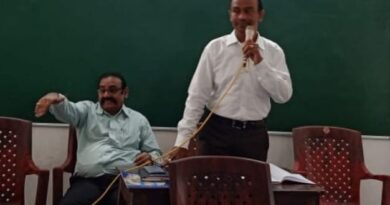 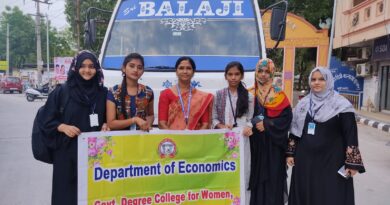 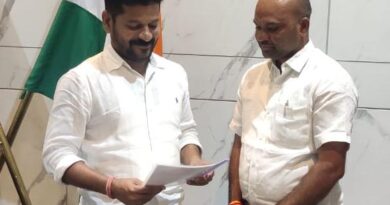 7 thoughts on “Unprecedented arrangements for polling in Huzurabad by-elections”