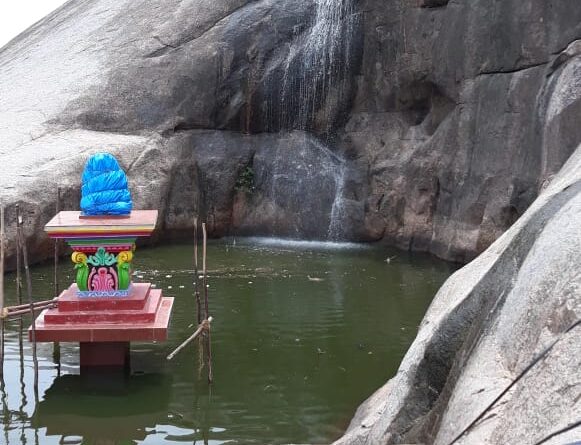 ASI and UNESCO should take up excavation and preservation works

KARIMNAGAR:  Kalvakota Keerthi Kumar, historian and hereditary trustee of ancient Sri Laxmi Narasimha Swamy and Sri Annapoorna Vishwanatha temples dating back to 7th and 8th century of Imperial Rashtrakutas in Kotla Narasimhlupalle village of Karimnagar district, has urged Union Minister for Culture G Kishan Reddy to take up excavations at the site for Jain idols and conservation works by the Archaeological Survey of India in coordination with UNESCO to preserve the ancient history and evidence of Satavahana kings in the region.

Incidentally, the Kotla Narsimhlupalle village in Gangadhara mandal is known for historical reasons because of its location on the hillocks of ‘Devuni Gutta; which houses the above ancient temples. The unique and rate sculptures (Bas Relief) of Shodasha Baahu Pancha Mukha Ugra (Bhargava) Narasimha Swamy is seen here belongs to the 4th and 5th century of the Rashtrakutas.

On top of the hillock, one could find the remains of the ancient fort. It is stated that after the fall of Nanda dynasty and installation of Mourya dynasty, one of the Nandas fled from Pataliputra and had taken shelter on this hillock. The village is surrounded by a mud fort (kota) and hence it is called as “Kotla Narsimhlupalle”.

Last year, the locals had unearthed the statue of Lord Mahaveera in the fields of a farmer while he was ploughing his fields using a tractor. Incidentally, an idol belonging to the 23th Jain Theerthankara called Parshavanatha was found in the same fields on June 13, 2007. Incidentally, this sport is just 15 kilometers away from Bommalammagutta, which was the first capital of the Rashtrakuta dynasty, which rule the Telangana region and adopted Jainism.

Mr Keerthi Kumar stated that the Archaeological survey of India does not have funds to take up excavations and protection of ancient structures. Besides, the state government was also reluctant to take up protection of the ancient temples and instead encouraging granite quarry operations violating the court orders. Present Haritha Haram OSD Priyanka Verghese when working in Karimnagar district as DFO suggested the plantation of saplings on the hillocks in the year 2012, but remained a distant dream.

In this context, the Historian had written a letter to the Union Minister for Culture through Karimnagar MP Bandi Sanjay Kumar urging the Union government to take up excavation and preservation of ancient temples including the chemical cleaning of stone structures of the temples at a cost of Rs 44 lakhs.

He said that the Narsimhulapalle appears to be the place where Jainism, Vaishnava and Shaiva cultures flourished in perfect harmony in the past. The development of Jain Vihar and Hari Hara temples and protection of historical monuments on Devuni Gutta in the village would be converted into pilgrimage and tourist places in the Karimnagar district. 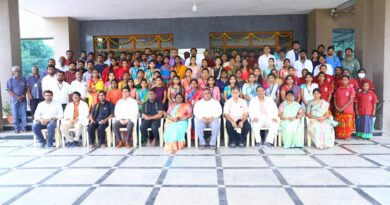 CAIMS cancer hospital, crusading for the prevention of cancer, celebrates its ninth anniversary 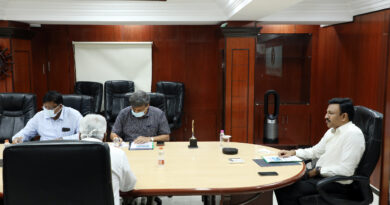 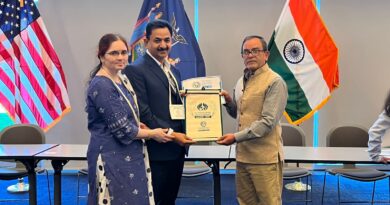