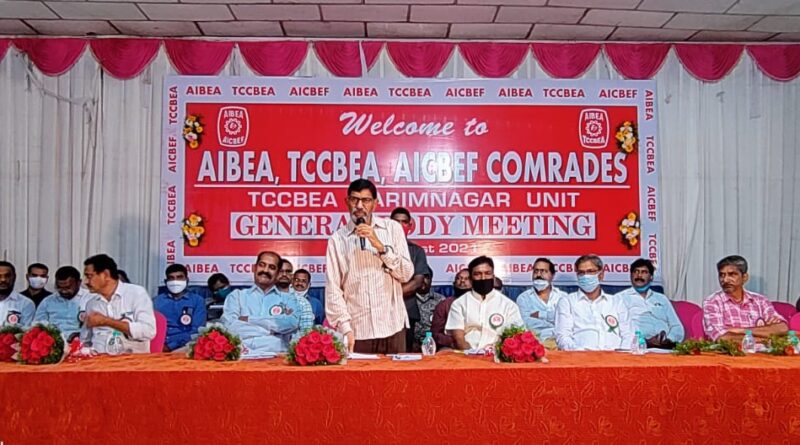 Informs staff to work guardedly as per Banking Regulation Act

KARIMNAGAR: Konduru Ravinder Rao, chairman NAFSCOB, TSCAB and Karimnagar DCCB, has called upon the bank employees to rededicate themselves for strengthening bonds between the District Cooperative Central Bank and its customers.

The staff should strive to serve customers with courtesy and professionalism, gain their confidence and delight them, he noted.

“My bank and my staffs are my two eyes and the institution and the employees should prosper serving the people”, he pointed out and informed the bankers to treat the customers as the Gods as the bank has risen to greater heights with the support of esteemed customers and it was the responsibility of the staff to maintain the bank’s position as the leader in financial services.

Speaking on the occasion, the Karimnagar DCCB chairman recollected the services of the bank employees and earning profits in spite of the pandemic situation during the last financial year. He thanked Minister for IT and Municipal Administration K Taraka Rama Rao for recognising the bank employees’ services as frontline warriors by tweeting during the outbreak of the deadly virus.

With regard to the request made by the association leaders about the implementation of PRC, he said that they would give good PRC, which would be acceptable to all and added that the bank employees deserve an appreciable wage revision. He also assured to look into the financial issues of the attenders who were getting meagre salaries by discussing with the high-level committee.

On the new Banking Regulation Act and the cooperative banks coming under the purview of the Reserve bank of India, Mr Rao instructed the bankers to work guardedly and carefully as per the RBI norms and compete on par with the commercial banks. He said that the RBI had even constituted Bank Enforcement Directorate in Chennai.

Cautioning the bank staff about the growing Cyberfrauds, he directed the bank managers to be alert while handling the internet services and opening new bank accounts. He also assured to provide 100 days wages as a bonus to the Karimnagar DCCB employees on the occasion of centenary celebrations of the bank after discussing in the board of directors meeting.

CEO N Satyanarayana Rao explained how the bank was making strides with the support of employees and customers. He called upon the bankers to gear up to achieve the target of doing Rs 5,000 crore businesses during this financial year. He also said that they were planning for ISO certification of the bank very soon. 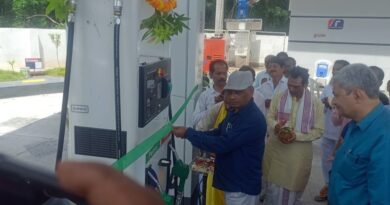 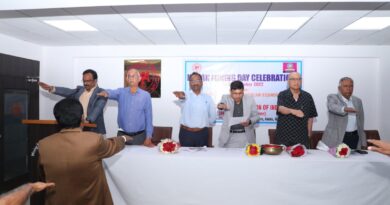 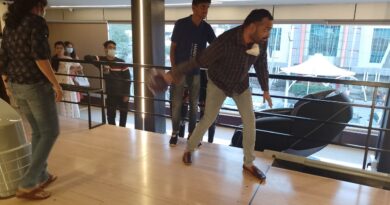 Collector is a perfect strike at a bowling alley