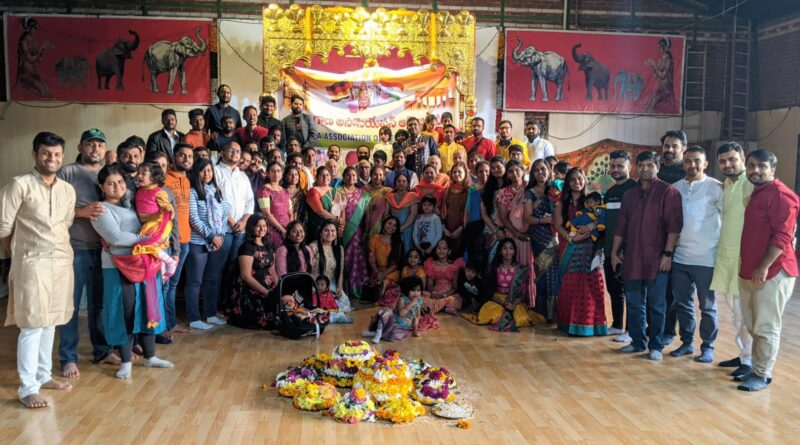 KARIMNAGAR: The Telugu fraternity of Berlin in Germany under the banner of Telangana Association of Germany (TAG) had celebrated the Bathukamma festival (festival of flowers) with much pomp and gaiety at Sri Ganesh temple, Hasenheide in Berlin on Sunday evening.

Dr Madhusudan Reddy (Science & Technology counsellor, Embassy of India) joined with his family on this occasion. The TAG organises Bathukamma festival every year in Berlin to raise funds for the construction of Ganesh temple. On this occasion, Sri Ganesh Temple committee honoured Dr Raghu Chaliganti (founder president of TAG) as an executive membership.

As part of the festival, the womenfolk have made colourful Bathukammas with the locally available flowers in a conical shape and played them by singing the traditional Bathukamma songs of the Telangana. Later, they shared sweets among themselves. 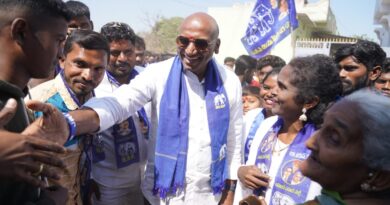 Why only ‘Doras’ are becoming rich and influential in the four crore family of KCR, asks Dr RS Praveen Kumar 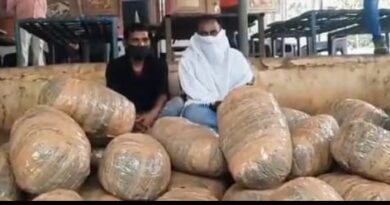 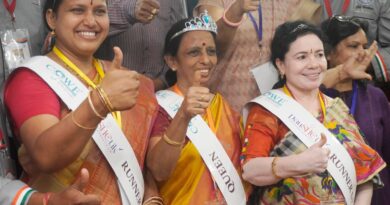