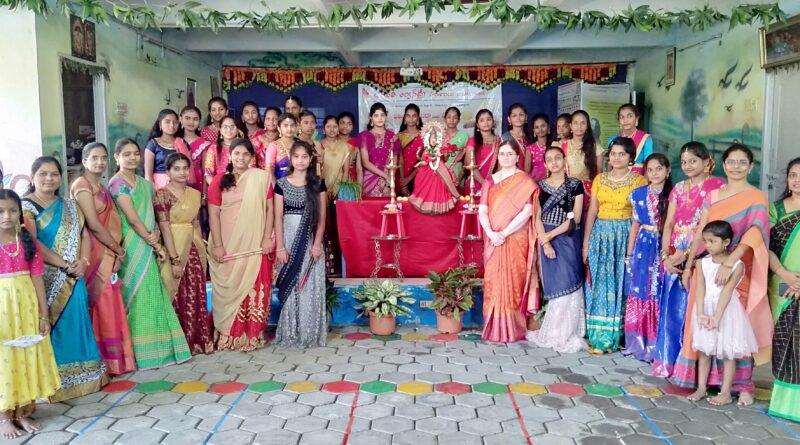 KARIMNAGAR: Annual nine-day Bathukamma festival got off to a colourful start with the womenfolk celebrating the festival by decorating the flowers in a conical shaped Bathukamma and playing around it by singing traditional songs.

All the markets were flooded with the arrival of traditional flowers such as ‘gunugu’, ‘thagedu’, marigold, chrysanthemum etc for making the ‘bathukammas’. As part of the celebrations, the students of Bhagavathi high school in Bhagathnagar locality in Karimnagar town have celebrated the festival amid much pomp and gaiety.

The girl students of the school had arrived in their best attire along with Bathukammas and placed them on their school premises and played Bathukamma festival by singing songs around it along with their teachers.

Speaking on the occasion, Bhavathi schools chairman B Ramana Rao educated the students about the importance of Bathukamma festival in the Telangana region. He said that the festival reflects the grand tradition and culture of the Telangana state. He also appreciated the students for making Bhathukammas. Director B Vijayalaxmi and others were also present. 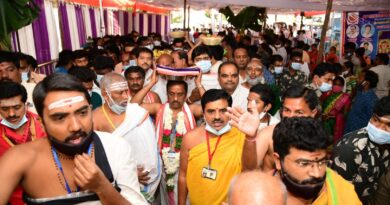 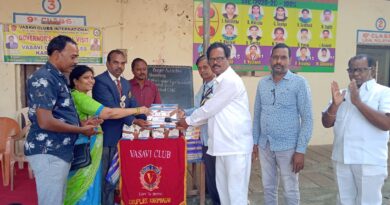 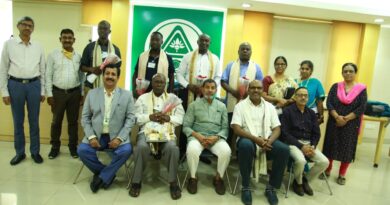