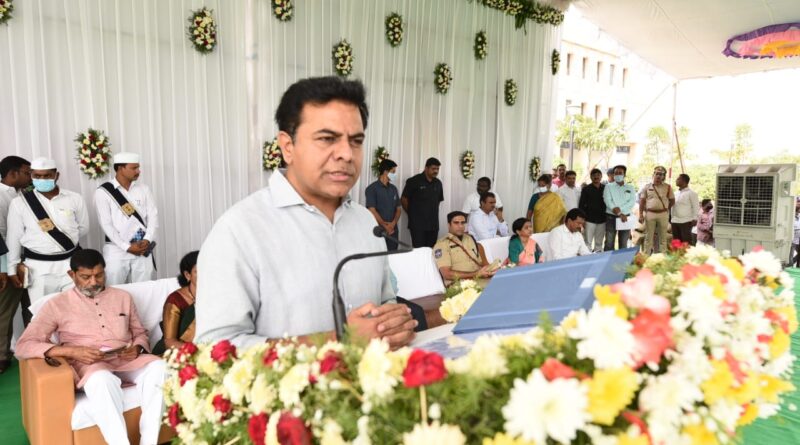 Freshly, the railway connectivity to textile town would be a boon

Weavers’ hands are full with work

RAJANNA-SIRCILLA:  Gone are the days when the Sircilla textile town was synonymous for spate of suicides by the powerloom weavers in the united Andhra Pradesh due to employment and mounting debts.

Now, the Sircilla textile town is the most happening place in the Telangana state. Weavers’ hands are full with work with the state government placing bulk orders to weave Bathukamma sarees, school uniforms, Ramzan and Christmas gifts etc.

Besides, the womenfolk have shifted from rolling beedis to work in the Apparel park after undergoing training on juki sewing machines and producing garments for the branded companies. Once a tiny town with dingy lanes and bylanes was a given a face-lift with wide roads, traffic islands, municipal parks, mini-tank bund and many more. 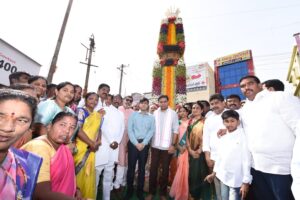 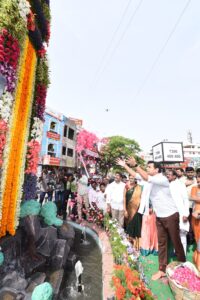 Freshly, the textile town would be connected with the railway line to help the people to travel to Hyderabad city in railway at a cheaper rates and safely, said Minister for Municipal Administration, IT and Textiles and Handlooms K Taraka Rama Rao. He was speaking after unfurling the tri-colour at the integrated Collectorate office complex on the outskirts of Sircilla textile town as part of the Telangana state celebrations on Thursday. 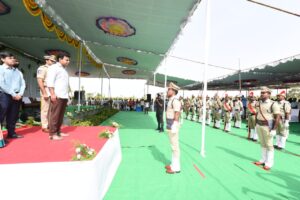 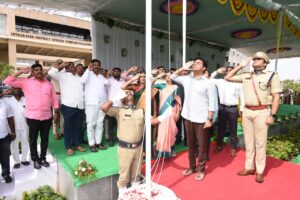 He said that the Sircilla textile town had turned into education hub with the availability of junior college, polytechnic college, agriculture polytechnic, degree college, JNTU, Nursing college, freshly they had sanctioned BSc (design and technology) course in collaboration with NIFT and a government medical college would also come up soon.

He also listed out various welfare schemes and developmental works taken up for the development of the district including the lifting of water to the upland district through Kaleshwaram lift irrigation project (KLIP).  Later, he paid tributes to the martyrs at the Telangana martyrs memorial by placing a wreath. NAFSCOB chairman Konduru Ravinder Rao, Collector Anurag Jayanthi, SP Rahul Hegde and others were also present. 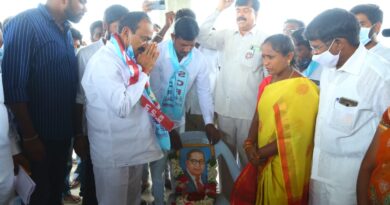 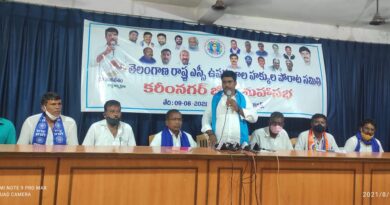 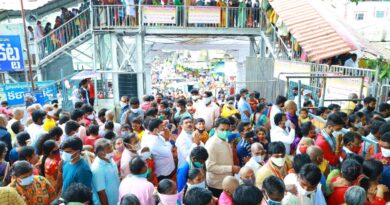