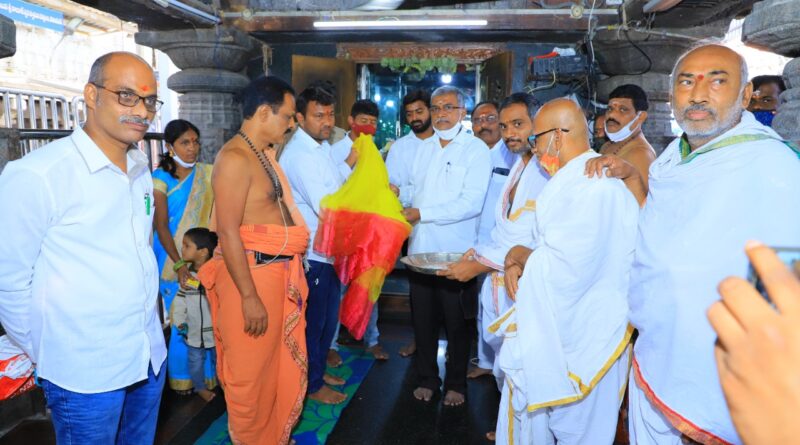 RAJANNA-SIRCILLA: Nalla Vijay, a handloom weaver from the Sircilla textile town, has presented a gift of silk saree and shawl which can fit in a matchbox to the presiding deities of Sri Raja Rajeshwara Swamy devasthanam in Vemulawada on Thursday.

The Sircilla textile town based weaver had earned a reputation for his fine weaving skills, which he learned from his father Nalla Parandhamulu, who was the first person to design and weave a silk saree which fits in a matchbox and presented the same to then Prime Minister Indira Gandhi.

He had earlier also weaved the silk saree and shawl and donated the same to the Vemulawada temple shrine and also to Lord Venkateshwara Swamy at Tirumala Tirupathi Devasthanam. Freshly, he spent Rs 12,000 for weaving silk saree and shawl to present to Sri Rajeshwara Swamy devasthanams to seek the blessings as he has embarked upon an another ambitious task of weaving a saree with Telangana state map and symbols of new state such as its animal, flower, bird etc. 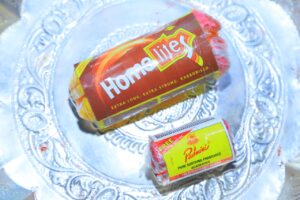 His saree which fits in matchbox was also presented to AICC president Sonia Gandhi by then Karimnagar MP Ponnam Prabhakar. Normally, Vijay ekes out a living by working on the powerlooms. But he still continues to maintain the handlooms and weave finery designs. 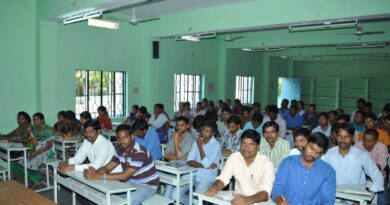 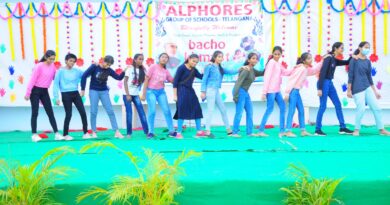 Children’s Day out at Alphores schools 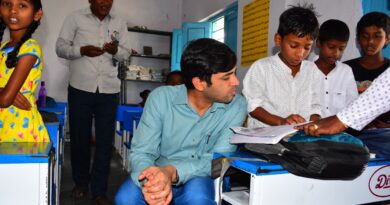