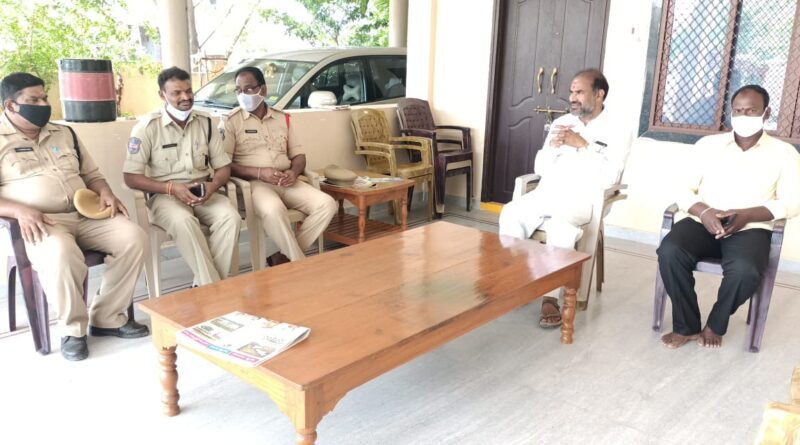 RAJANNA-SIRCILLA: The saga of arrests of Congress leaders continued as several senior members of the party were taken into police custody and several others were placed under house arrest in various parts of Rajanna-Sircilla district since Saturday night following the whirlwind tour of Chief Minister K Chandrashekhar Rao visit to the Sircilla textile town on Sunday.

Senior party leader and former Vemulawada temple chairman Adi Srinivas was put under house arrest in the temple town. Several other Congress leaders were also detained in the Sircilla textile and other adjoining villages of the town. Condemning undemocratic arrests of the opposition leaders, Mr Adi Srinivas demanded the government to release all the arrested unconditionally.

In a statement here on Sunday, Mr Srinivas stated “It has become order of the day in the Rajanna-Sircilla district to arrest and detain the opposition party leaders whenever the Chief Minister or Minister for IT and Municipal Administration K Taraka Rama Rao visited the district to participate in various programmes”. He charged that the TRS government was suppressing the opposition parties’ voice by not allowing them to represent the public issues to the Chief Minister and the Ministers.

Reminding that the Congress had not given any call to obstruct the Chief Minister during his visit to Sircilla, he asked why the police had arrested the party leaders without any reason and detained them in police stations. Demanding the release of the opposition leaders unconditionally, he alleged that the TRS government was scared of opposition leaders and arresting them to show the people that there was no anti-incumbency.

He urged the Chief Minister K Chandrashekhar Rao to only fulfil the promises made during his visit to Vemulawada temple shrine. He demanded the release of Rs 100 crore per annum for the development of Vemulawada temple shrine, which was pending since last over five years, release of Rs 5.4 lakh for the land oustees of the Mid Manair Dam reservoir for the construction of double bedroom houses.

He also sought know what action would be initiated against Vemulawada sitting legislator Ch Ramesh Babu, who was absconding in the country and relaxing in Germany since over last 16 months neglecting the plight of the people of constituency. He also demanded a medical college in Sircilla textile town and completion of Kalikota Suramma project to provide irrigation sources to 43,000 acres in the constituency. 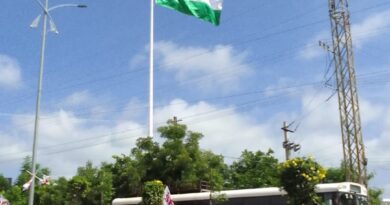 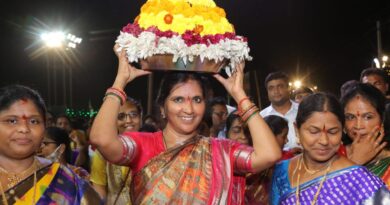 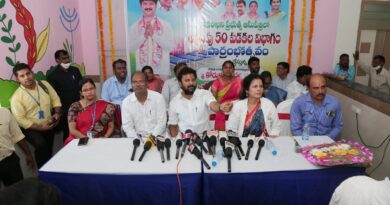