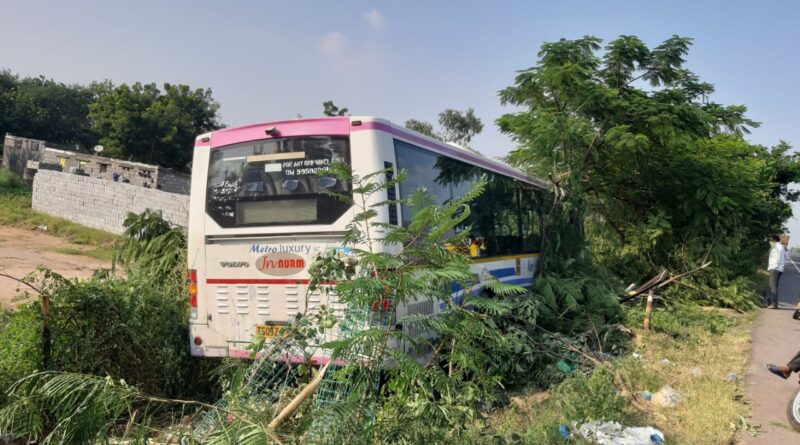 KARIMNAGAR: An RTC bus driver suffers from epilepsy or seizures or fits while driving but with his presence of mind to stop the bus by the road before he collapsed on the steering had saved the lives of the commuters by hitting the trees on the outskirts of Nusthullapur village in Thimmapur mandal on Wednesday.

Police sources said that RTC bus driver Ramavath Anjaiah (40) belonging to the Ranigunj depot was driving the bus from the Jubilee bus station (JBS) to Karimnagar. After reaching the Thimmapur mandal, he suffered fits and was unable to control the bus. Because of his presence of mind to save the passengers, who were around 13 in the bus, he diverted the bus towards the left and stopped the bus by hitting the trees along the Rajiv Rahadhari and collapsed. 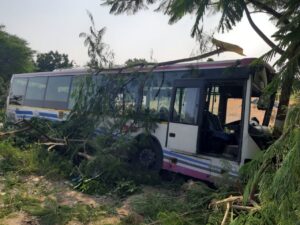 Following the information, the police rushed to the spot and shifted the RTC drive to the government headquarters hospital and later to a corporate hospital for better treatment. His condition is stated to be out of danger. The RTC commuters heaved a sigh of relief for saving their lives in spite of the driver attacked with sudden seizures. The bus driver was appreciated by the passengers and the authorities concerned for his timely action. 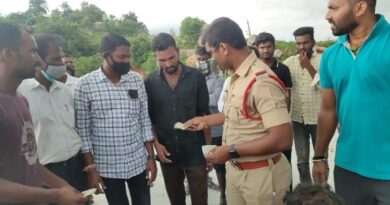 Four arrested for tampering ATMs and defrauding banks in Mancherial 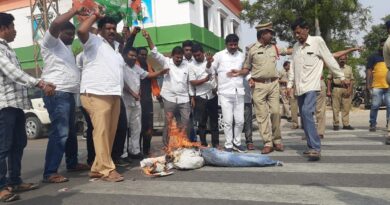