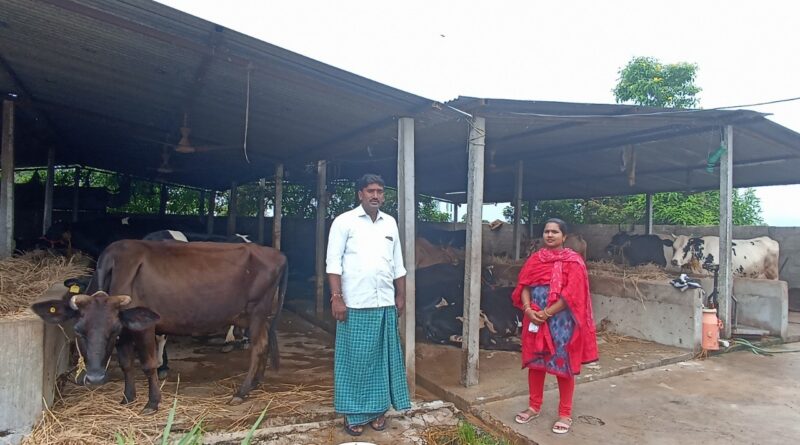 KARIMNAGAR: Dejected over poor profits while cultivating the paddy crop, a farmer had shifted from the traditional paddy cultivation to the dairy units and reaping riches plus getting nutritional food supplements to entire family members.

Chintham Ramababu, a farmer from Malyala village in Illandakunta mandal, was cultivating paddy in his five acres of land since several years because of the availability of irrigation sources due to the SRSP canals. Even after cultivating paddy, he was unable to get the minimum support price for his produce and was resorting to the desperate sale of his hard-earned crop. Besides, natural calamities were another big problem haunting the cultivation of the paddy.

Hence, he decided to shift from agriculture to the dairying units. Accordingly, he met some of the villagers who were rearing the cows and running the dairy units and making profits with a regular source of income, unlike the paddy crop which would be secured only after every six months.

As the dairy unit provides a regular source of income to his family, the farmer Rambabu initially bought one heifer cow in the year 2017. Following the successful rearing of the animal and securing regular income by selling the milk, he had purchased 10 other heifer cows from Hyderabad by spending Rs 6 lakhs and constructed a shed at a cost of Rs 2.5 lakhs.

He provided all the milking animals with good fodder and feed and developed fodder in his 2.5 acres of land. He also provided necessary nutritional food to the animals and started securing a good amount of milk. He also purchased a chopper machine to provide the chopped green and dry grass to the animals so that there was no wastage of fodder.

Because of providing good quality fodder and feed along with minerals, each cow was given 12 litres of milk per day.  With the 10 animals, he was getting daily 160 to 170 litres of milk per day. He was selling the milk to the Karimnagar Dairy at the rate of Rs 35 per litre and earning daily Rs 5,600 and monthly Rs 1.68 lakhs. After removing the labour charges, the cost involved in the fodder and maintenance of animals etc, he was earning monthly Rs 70,000 and leading a happy life.

Thanks to the welfare programmes of the Karimnagar dairy, the dairy authorities were taking up artificial insemination of the animals and conducting medical camps at his doorstep. Besides, he was also availing several welfare schemes from the dairy including insurance for him and the animals and a pension scheme after attaining 60 years of age.

Mr Rambabu called upon the farmers to go in for the dairy units to secure a regular source of income.  After paddy cultivation, the farmer had to wait for months to get the money after its procurement. Whereas, the milk-producing farmer would get income every fortnight from the Karimnagar dairy and also welfare schemes for the children of the farmers. 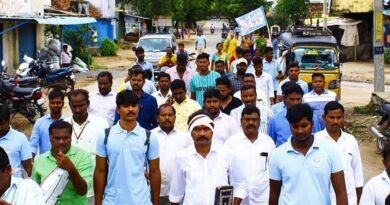 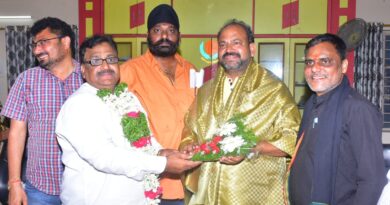 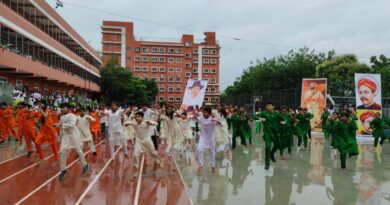