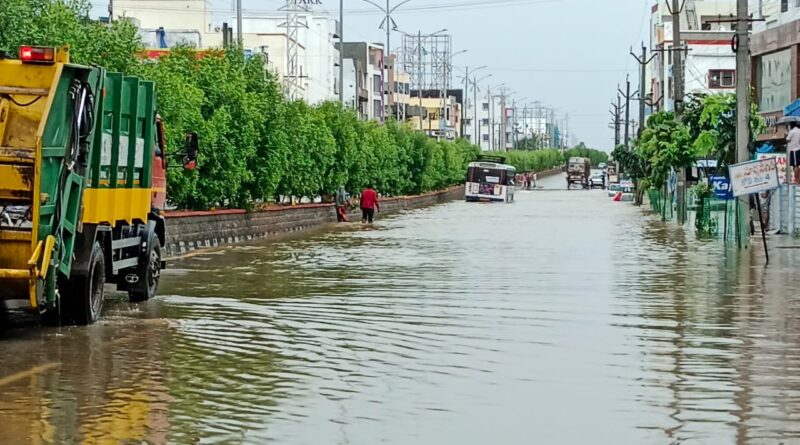 Several vehicles parked on roadside submerged in the floodwaters

KARIMNAGAR: Incessant rains since the last few days had wreaked havoc in Karimnagar, the most happening Smart City, with the inundation of the entire town and submergence of low-lying areas on Tuesday morning.

Thanks to the unscientific execution of the beautification of 14.5 kilometers length R&B roads and the Smart city roads, the Karimnagar town, which had never seen flooding of the localities and roads, was inundated with the flooding due to overflowing drains. The floodwater was seen gushing like streams in almost all the localities in the town.

Normal life was crippled following the incessant rains followed by heavy floods. Water entered into several houses and shops in Padmanagar, Vidyanagar, RTC workshop area, Ramnagar, Ganeshnagar and other localities in the town. Several vehicles parked on the roadside were submerged in the floodwaters.

Surprisingly, the waters also entered the Collectorate office premises submerging the Registration office and inundating the three tahsildar offices, SBI bank branch. The drain waters from the storm-water drain at the helipad were overflowing and submerged the parks. The road connection between Karimnagar to Sircilla and Jagtial routes was disconnected due to the submergence of roads.

On Tuesday morning till 8.30 am, the district reported an average of 15.31 cms of rainfall. The highest rainfall was reported in Huzurabad with 25.34 cms, followed by 23.8 cms in Saidapur, 21.52 cms in Jammikunta, Ramadugu 18 cms, Gangadhara 17.28 cms, Choppadandi and Chigurumamidi mandals 12 cms each, Karimnagar 9.58 cms, Thimmapur 7.24 cms etc. The low-lying areas were flooded in the Huzurabad and Jammikunta towns and floods entered into the houses in several localities.

Former Minister and BJP leader Etala Rajender along with his supporters toured the submerged localities to analyse the damages. He also made arrangements for providing breakfast to the residents affected by the flash floods.

In the meantime, Collector RV Karnan had declared a local holiday for all educational institutions including schools and colleges following the rains and floods in the entire district. The Satavahana University had also announced the postponement of degree exams. Minister for Civil Supplies Gangula Kamalakar, Mayor Y Sunil Rao, Municipal Commissioner Garima Agarwal touring the flood-ravaged localities in Karimnagar town. 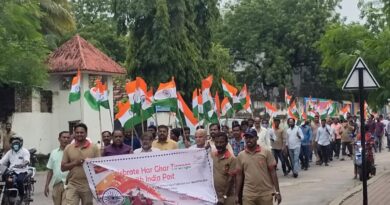 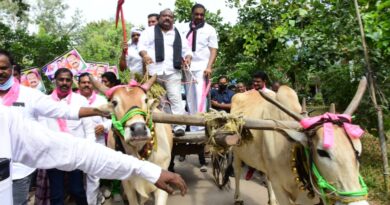 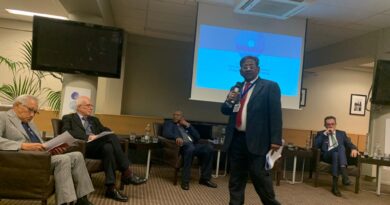 ICBA president congratulated for the success of centennial celebrations in Brussels

5 thoughts on “Rains wreak havoc in Karimnagar, not so Smart City!”