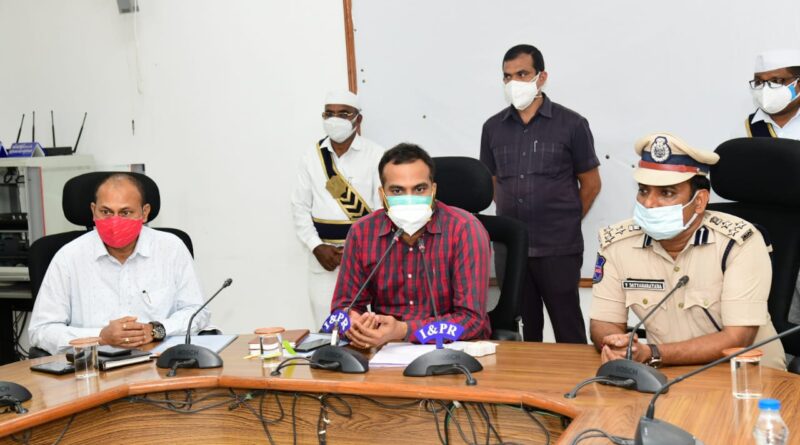 KARIMNAGAR: Amidst the steady increase of Covid positive cases in various parts of Karimnagar district, the district administration has decided to crack a whip against those found not wearing facemasks while venturing out in the district.

The law enforcers have decided to launch a special drive against those not adhering to the government’s repeated pleas urging people to wear masks and maintain social distancing in public places by constituting 50 police teams. The special teams would take pictures of the persons not wearing a facemask and impose a fine of Rs 1,000 and also register criminal cases.

Disclosing this to newsmen here on Tuesday, Collector RV Karnan and Commissioner of Police V Satyanarayana said that they have decided to launch a special drive against those persons for not wearing masks in public places only to check the further spread of the deadly virus which was on the prowl again in the district. The police teams would conduct special drives randomly during the nighttime also and nab the persons moving without masks in the localities and send them to isolation centres and conduct RAT tests.

Stating that the positive cases were on the rise but not in the danger zone, the Collector said that “if we delay in checking the spread of the virus, it would end up in the danger zone. Hence, they had decided to launch special drive and strictly enforce the rule instructing the people to maintain social distancing at all public places including shopping malls, markets, shops, etc and also wearing of facemask”, he stated.

The district administration had conducted 8.35 lakh RAT tests and identified 60,000 positive cases among them 97 per cent recovered. Presently, there were 2,400 active cases in the district, he said and added that they were conducting daily 9,000 tests to detect the cases to avoid further spread of the virus. He said that they were identifying asymptomatic cases and sending what’s app messages to 20 primary contacts of one positive case informing them to undergo tests.

He informed the people to undergo RAT tests free of cost at primary health centres in the district if they suffer from mild fever and cough. “Early detection of the virus is good for early prevention by taking up early diagnosis”, he stated. “Our concept is the test, trace and further test for the prevention of the spread of the deadly virus”, he maintained.

The Collector said that they were reporting more positive cases from Gangadhara, Kothapalli, Huzurabad, Saidapur, Chiugurmamidi, Veenavanka, Choppadandi mandals and added that they had opened 30 isolation centres in various villages and already 40 persons were undergoing treatment in the isolation centres. Additional Joint Collector GV Shyam Prasad Lal and others were also present. 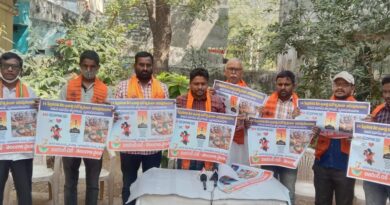 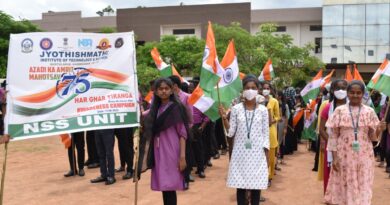 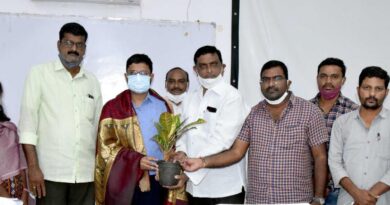 TNGO leaders told to inoculate all employees in Adilabad