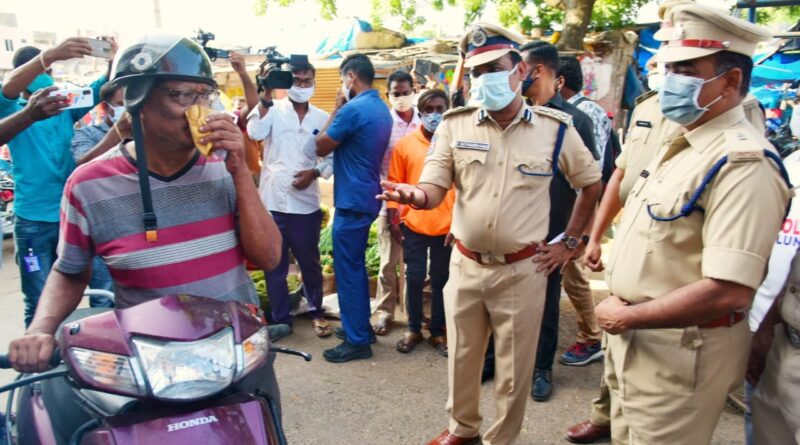 KARIMNAGAR: In the wake of a possible outbreak of the third wave of the deadly Covid virus in the district with the spike in the positive cases, the Karimnagar Commissionerate of Police have launched a special drive against those not wearing the facemasks in public places such as markets, shopping malls, general stores and roads etc.

On this occasion, the CP had personally interacted with the people not wearing facemasks and instructed them to wear them regularly and warned of serious penal action and imposing heavy fines. Carrying the facemasks along with him, he also distributed the masks to the people, who were not wearing them, and warned them that it was the last warning and they would not spare anyone for not wearing masks in public places.

He informed the general public to strictly adhere to the norms of wearing masks, maintaining social distancing and using the sanitisers to check the spread of the deadly virus.  He also assured to take measures for the relocation of vendors occupying footpaths and causing traffic snarls in coordination with other departments. He also warned the vehicle owners of stern action if they tamper their number plates and instructed the vehicle owners to carry all the documents along with them. 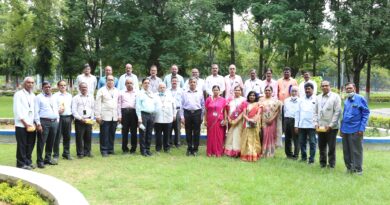 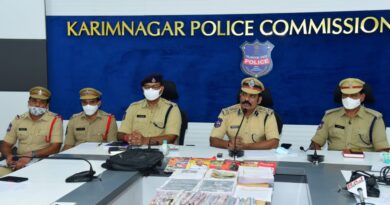 Maoists use social media to incite youth to join naxalite-fold? 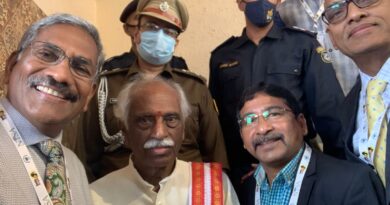