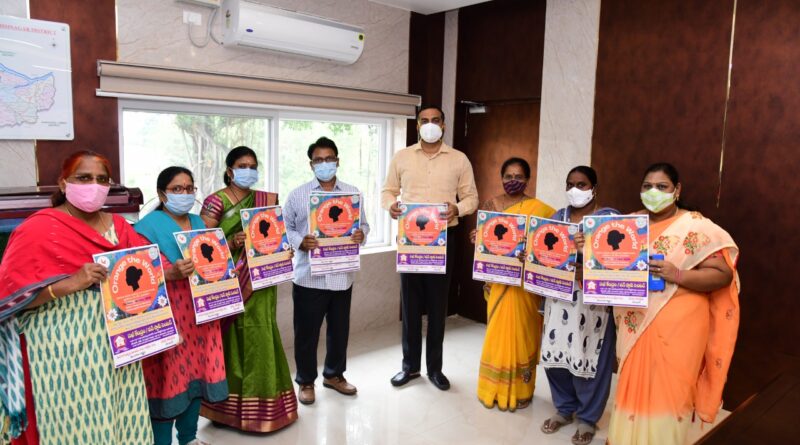 KARIMNAGAR: The Sakhi – one-stop centre in association with the Women and child development department and the district administration has formally launched its ‘Orange the world’ campaign against atrocities against women and children and gender discrimination.

Launched in conjunction with the ‘Orange the World’ campaign spearheaded globally by the United Nations, the observance of the International day for the Elimination of violence against women by Collector RV Karnan had released a poster on the occasion on Monday.  The campaign would continue till December 10, Human Rights day. 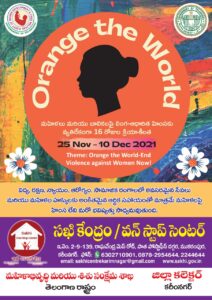 On this occasion, the Collector expressed concern over the spate of atrocities against the women and such tendencies were unbecoming of a civilised society. He appealed to the womenfolk to utilise the services of Sakhi – one-stop centre by dialling 181 for redressal of any grievances.

The Sakhi – one-stop centre had planned several programmes as part of the celebrations to empower the womenfolk by organising seminars and discussions educating them about their rights by involving advocates and police officials at TNGOs function from Tuesday onwards in association with district legal services authority. District Women and child development officer Ravinder, Sakhi centre administrator D Laxmi and others were also present. 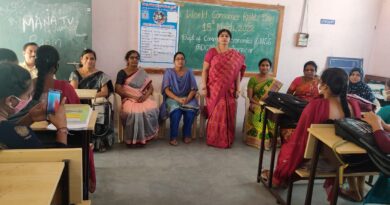 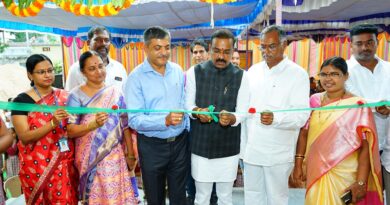