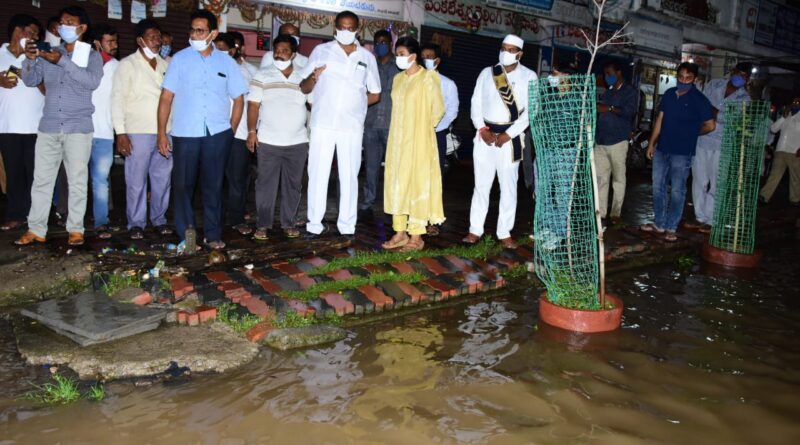 Ramnagar, Bhagathnagar, Jyothinagar localities are worst affected in the rains and floods due to unscientific execution of Smart city works

KARIMNAGAR: Sudden downpour in various parts of Karimnagar town, which is also called as Smart City, is inundated with the flooding of all the Smart city roads and colonies causing umpteen woes to the residents and the roads users on Sunday evening.

Heavy downpour for about an hour had inundated several low-lying areas and overflowing the drains due to the unscientific execution of the Smart city works in Karimnagar town. The roads and localities in the posh Bhagathnagar area were inundated with floodwaters. Several two-wheelers and cars parked outside on the roads were submerged in the floodwaters.

The situation was worse in the Ramnagar area in Karimnagar town. The busy road between Karimnagar to Sircilla was flooded as the rain waters did not enter the drains, which were taken up in an unscientific manner. The vehicle owners had a tough time passing through the submerged road.

On the other hand, the road connecting from Karimnagar to Sircilla has washed away near the Walmart area disconnecting the traffic on the busy road. The traffic police had diverted the vehicles via Satavahana university from Kothapalli police station, Malkapur etc.

Following the spread of the news, former Mayor S Ravinder Singh rushed to the Bhagathnagar locality and tried his best to remove the waterlogging by seeing that the rainwater flows through the side drains. Wading through knee-deep waters, the former Mayor went around the locality braving the rains alerting the residents about the flooding of the locality.

Later in the evening, Mayor Y Sunil Rao along with Municipal Commissioner Garima Agarwal inspected the flood-affected localities in the town and instructed the authorities to remove the waterlogging on the busy Smart city roads. Talking to newsmen, the Mayor said that the roads were inundated with heavy downpours in less time. He assured to take up repairs of all drains on Smart city roads and reconstruct them in a scientific manner.

The disaster response force (DRF) would be made available round the clock to meet any eventuality.  He assured to take all measures to avoid recurrence of such incidents in future. 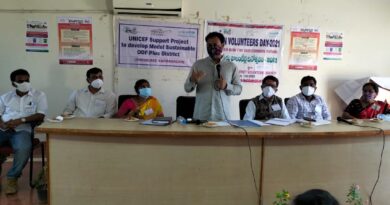 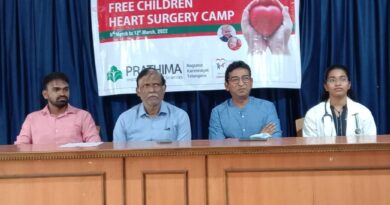 Free Congenital cardiac surgeries at PIMS from March 6 to 12 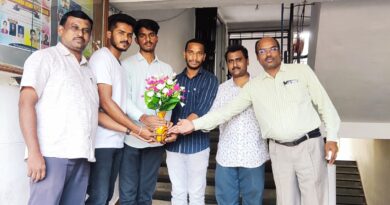 NSS volunteers donate blood to save a patient