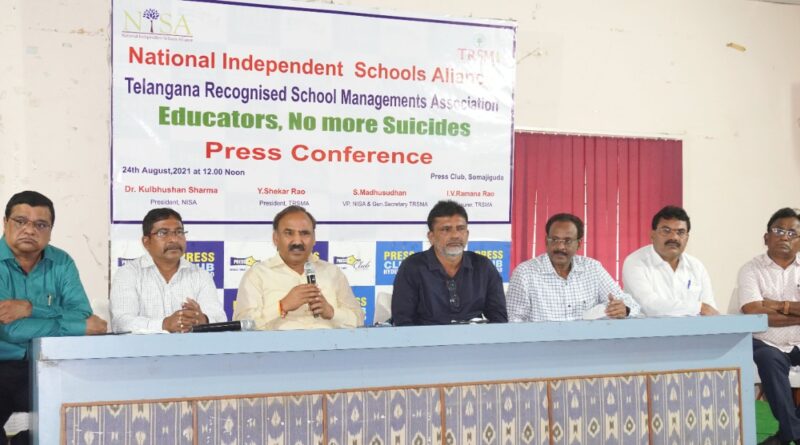 KARIMNAGAR: Expressing concern over the spate of suicides by the private educational institutions’ correspondents, teachers and non-teaching communities following the outbreak of deadly virus and closure of the institutions, the National Independent Schools Alliance (NISA) and Telangana recognised schools management association (TRSMA) urged the government to provide some support for the proper functioning of budget schools, which are reeling in crisis due to increasing debts.

Talking to newsmen in Hyderabad on Tuesday, NISA national president Khulbushan Sharma and TRSMA state president Y Shekhar Rao said that the deadly virus had wreaked havoc among the private educational institutions due to the closure of schools since last 18 months. The students were also suffering from the closure of the schools and the majority of them turned into child labourers following the financial crisis due to the imposition of the lockdown, they stated.

Even though the government had ordered the reopening of schools and colleges, it would be difficult for the private schools to reopen as the private teachers, who have shifted their profession to work in various other trades to eke out a living due to the closure of schools, would take some time to come back to the noble teaching profession. He said that there was an acute shortage of teaching and non-teaching staff in the private schools following their shifting to other professions due to lockdown. However, they welcomed the government decision to reopen the schools to provide some respite to the private educational institutions, which were on the verge of closure.

Stating that over 3,500 private schools were on the verge of closure due to the impact of lockdown, he said that there was an education emergency in the country. As the students had distanced from the regular schooling and turned into child labourers. They urged the Prime Minister and the respective states chief ministers to help the private schools to limp back to normalcy by extending support.

In the Telangana state, more than 50 per cent of students study in private educational institutions, the stated and urged the government to exempt the private schools from the payment of at least property tax and water bills. They also urged the government to continue the distribution of Rs 2,000 financial assistance and Rs 25 kgs rice to the private school teachers, who was stopped since last over three months.

They also said that they had planned agitations to exert pressure on the government to help bail out the crisis in the private schools by staging dharna in New Delhi on Teachers day on September 5.  TRSMA general secretary Madhusudhan, TRSMA treasure Ramana Rao and others were also present. 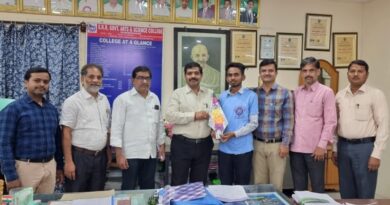 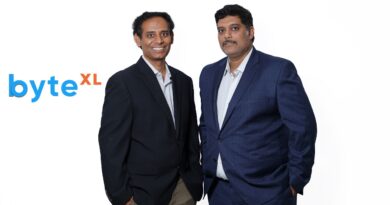 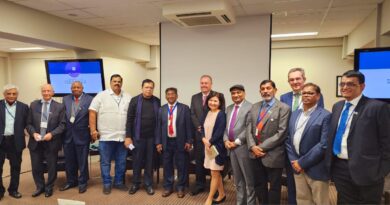