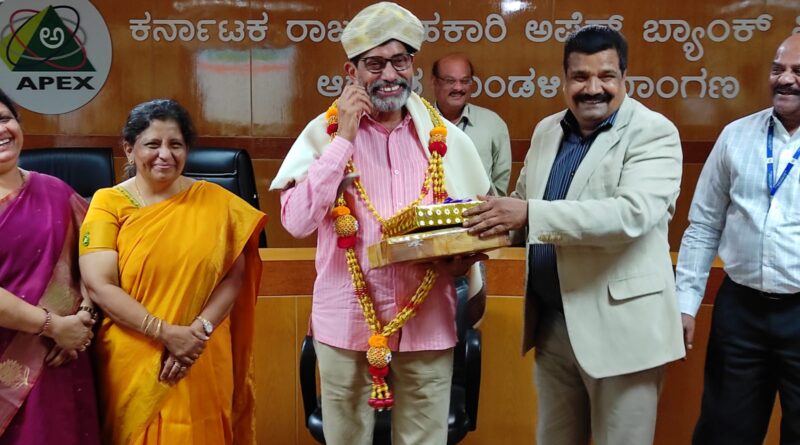 Karnataka State Cooperative Apex Bank managing director Mr Devaraj received Mr Ravinder Rao in the office and introduced all the officials of the bank.  On this occasion, the Karnataka Apex bank officials made a power point presentation about their bank profile and its performance.

Later, Mr Ravinder Rao explained about the Telangana State cooperative Apex Bank (TSCAB) and the Karimnagar DCCB which have won national awards from the NAFSCOB and NABARD during the last few years.  He explained about the performance of the bank with good governance without any indulgence of the management in the daily affairs. 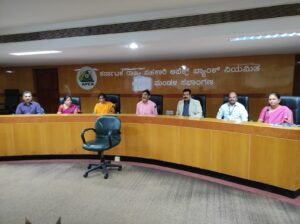 Mr Rao also explained about the computerisation of all PACS and the use of technology to provide better and transparent services to the customers and ensure accountability. He also empowered about the bank’s performance with lowest NPA and winning accolades in the country. He also educated about the Choppadandi PACS in Karimnagar district and its performance and winning national awards. He also informed the diversification of the PACS into multi-service centres (MSC) to make all societies viable and run in profits. 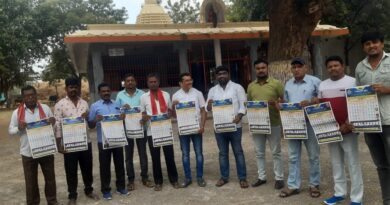 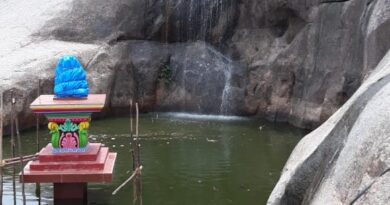 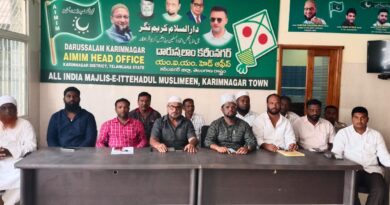