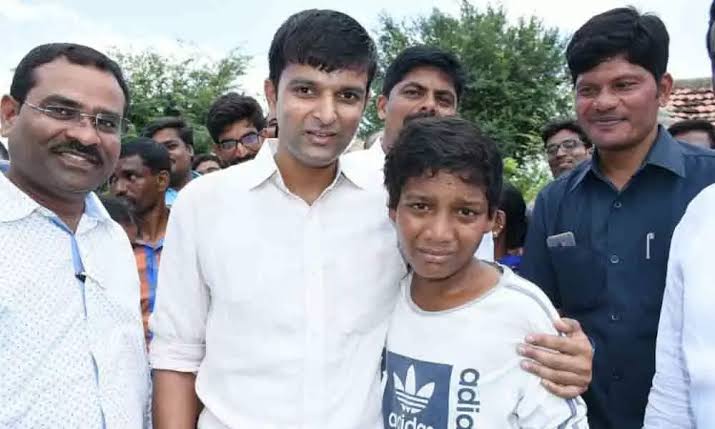 Won accolades for his service to poor and needy

Transformed Sircilla textile town into most happening place in state

RAJANNA-SIRCILLA:  Collector D Krishna Bhaskar, the first Collector of the newly formed Rajanna-Sircilla district in the month of October 2016, had won accolades for his remarkable performance and winning over the confidence of all sections of society including the employees during his tenure of spanning five years.

Mr Krishna Bhaskar, the 2012 batch IAS officer, has been transferred as Director Industries on Monday night. He was having a great association with the integrated Karimnagar district as he started his career as Assistant Collector in Jagtial and won accolades for the conduct of the Godavari pushkaralu at Dharmapuri temple shrine in the year 2015. He had designed a mobile app ‘dharmapuri maha pushkaralu’ and done webcasting of pushkaralu by installing 16 CCTV cameras at the temple town.

Later, he was posted as Municipal Commissioner in MCK in Karimnagar town. During his small tenure, he has won appreciation from all sections for his simplicity and redressal of public grievances. After bifurcation of integrated Karimnagar district and carving out of Rajanna-Sircilla district, Mr Bhaskar was posted as first Collector of Rajanna-Sircilla which was headed by Minister for IT K Taraka Rama Rao.

Above all, he reigned terror against the errant government officials and local bodies representatives for the negligence of their duties and issued show notices and suspended several of them in the district. He also acted as a brand ambassador for the promotion of handlooms by wearing handlooms and dhoti every Monday. He was always for the cause of downtrodden communities and orphans. He formed Rajanna-Sircilla Cheyutha seva samithi, a trust to help needy persons, who cannot get financial assistance from the government.

After assuming the charge as Collector, it was really a herculean task in the new district without any offices and living in rented buildings. Sircilla textile town was made the headquarters of the Rajanna-Sircilla district. Sircilla town has attained a dubious distinction for the spate of suicides by the powerloom weavers and also with dingy roads, lanes and bylanes, poor sanitation, etc.

Mr Krishna Bhaskar accorded top for converting the Sircilla textile into a beautiful district headquarters and taken up road widening works, beautification of the town, creating municipal parks, development of Kargil lake and Kothacheruvu as tourists spots. Incidentally, he was instrumental in making Sircilla textile town the only town in the state to have a faecal sludge treatment plant as part ODF-plus.

He was instrumental in providing round the year employment to the powerloom weavers and their family members in Sircilla textile town by ensuring bulk orders of weaving Bathukamma sarees and opening Textile and Apparel parks. He has won several awards to his credit by launching several innovative works and implementation of government schemes.

The awards won by Krishna Bhaskar during his tenure include; Deen Dayal Gram Swashakthi Karan villages viz Gopalraopalli, Kasbekatkur and Mustipalli in the year 2017. The Sansad Adarsh Grama Yojana award for Veernapalli village in the year 2016, Best literacy in the national level award to Veernapalli village in 2016 and Swach Darpan national level first rank in 2017.

Haritha mitra award in 2018 for Cheppalapalli hamlet of Mustabad mandal, Best Swachcha Grani in 2018, Telangana excellence award in 2018, National award for excellence in MGNREGA in 2019, Appreciation for Covid management by Union government in 2020, Kayakalp for health services in 2020 and Prime Ministers empowerment committee award in 2020.

His measures to increase groundwater table in the upland Sircilla district by six meters was also awarded at national level, National Green tribunal had also rewarded the Collector for his initiatives and his Mission Bhageeratha programme and recharging of groundwater table was included in the syllabus at the Lal Bahadur Sastri national academy of Administration. 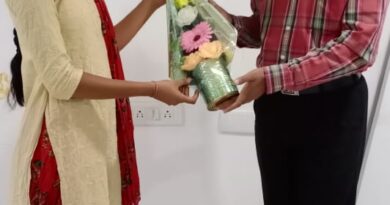 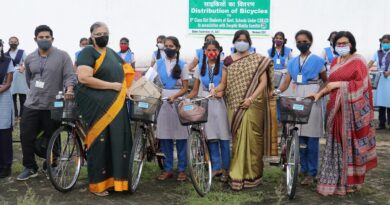 TRSMA finds faults with reports on the extension of Sankranthi holidays 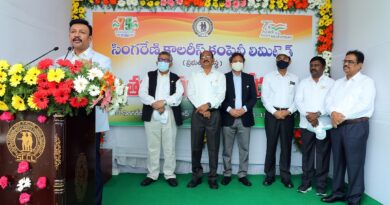 16 thoughts on “Krishna Bhaskar, a man of masses in Rajanna-Sircilla district”