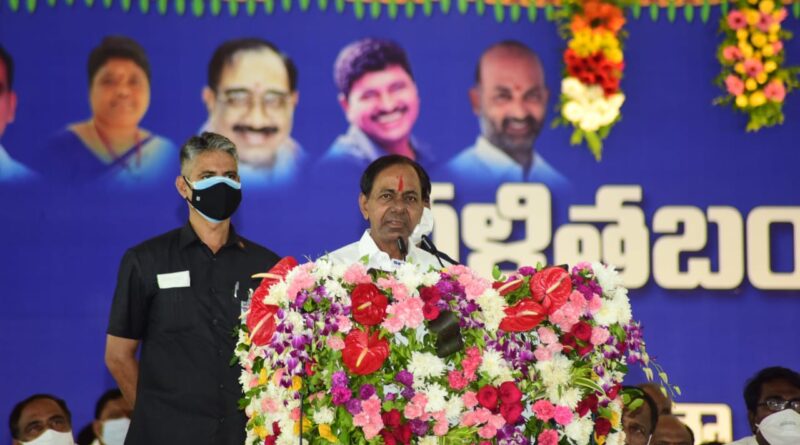 KCR starts his speech by raising slogan of “Jai Bheem”

KARIMNAGAR: Chief Minister K Chandrashekhar Rao has called upon the dalit intellectuals, writers, employees, retired employees and students to take the responsibility to make the ambitious Dalit bandhu scheme a grand success and transform the dalits socially and economically.

Launching the Dalit bandhu scheme in Shalapalli village of Huzurabad assembly segment on Monday, the Chief Minister said the Dalit bandhu scheme should have started a year ago. But, it was delayed due to the outbreak of pandemic virus. “Now that the government has launched the programme, the political parties are scared and making hue and cry over the scheme”, he charged and added that “the politics is game for other political parties and for TRS it is only social justice of sections of society”.

He asked why no Prime Minister or the chief minister of any state had launched this scheme and provided financial assistance of Rs 10 lakh for the empowerment of dalits all these years. He said that the Telangana state would emerge as a role model in the country for the empowerment of dalits by providing Rs 10 lakhs financial assistance to take up self-employment opportunities.

Reiterating that all the 21,000 and odd Dalit families in the Huzurabad assembly segment within two months, he said that he would release another Rs 2,000 crore to the already released Rs 500 crore for the implementation of the scheme in Huzurabad. He added that the Huzurabad would emerge as a role model in Dalit bandhu and which would be implemented in entire state.Huzur

Expressing concern over dalits still remaining underprivileged in spite of 75 years of Independence, he said that because of the Father of Indian Constitution Dr BR Ambedkar the dalits secured some reservations, but still a majority of them were unable to secure the fruits of reservations. He said that the Telangana state government would extend reservations to the dalits in fertilizer, medical, wine shops and allocation of contracts in various departments.

Stating that the Dalit bandhu would be implemented on the lines of Rythu bandhu, he announced that the scheme would be applicable even to the government employees and retired employees, who would be preferred in the last stages after distributing the scheme on a priority basis to the poorest of poor beneficiaries.

The SC population was around 75 lakhs in the state and still a majority of them do not have lands, properties and opportunities, he said that they would implement the scheme covering all the 17 lakh families by spending Rs 1.7 lakh crore in three to four years.

The Chief Minister, who launched the programme by offering floral tributes to Dr BR Ambedkar and Babu Jagjivan Ram, started his speech by praising the slogan of ‘Jai Bheem”. Surprisingly, he also announced the appointment of Principal Secretary Rahul Bojja as the secretary in the Chief Minister’s Office (CMO).

Entire cabinet ministers, MPs, MLAs and other elected representatives attended the meeting. Minister for Social Welfare Koppula Eshwar presided over the meeting. Chief Secretary Somesh Kumar explained about the implementation of the scheme and vote of thanks by Collector RV Karnan. 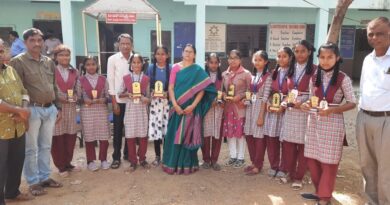 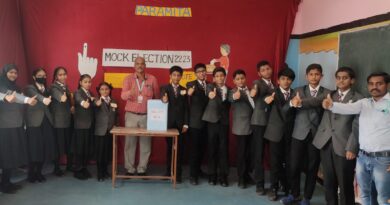 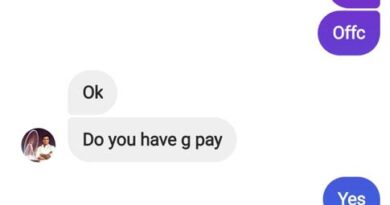