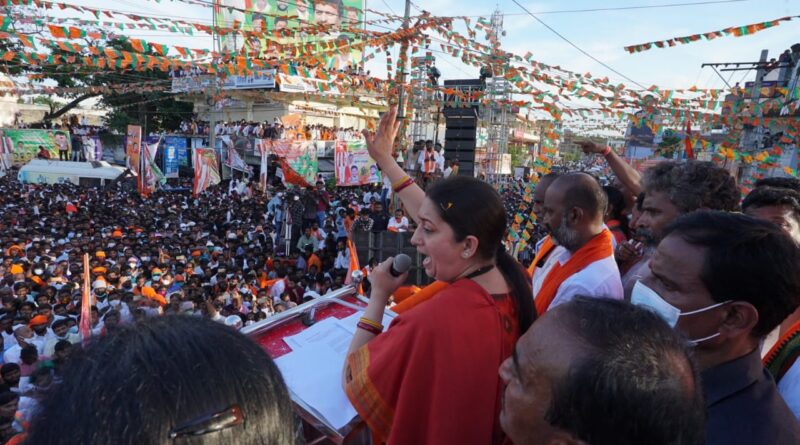 KARIMNAGAR:  Union Minister for women and child development Smriti Z Irani has alleged that Chief Minister K Chandrashekhar Rao and his family members alone were benefitted in the separate Telangana state by siphoning off the resources and employment.

The Telangana statehood movement was fought with the slogan of the   ‘water, resources and jobs’ (neellu, nidhulu and niyamakalu), but it had only fulfilled the wishes of the Chief Minister and his own family members neglecting the plight of the people of the state. She said that the water was not available to anyone in the state.

Participating in the closing ceremony of the Praja Sangrama yatra of the BJP state president and Karimnagar MP Bandi Sanjay Kumar in Husnabad town in Siddipet district on Saturday, Ms Irani spoke in Telugu referring to the “Neellu, Nidhulu and Niyamakalu” amid cheers from the gathering. She charged that KCR and his family members secured employment and funds in the Telangana state neglecting the plight of unemployed youth. She alleged that the TRS government failed to fulfil the promise of providing a Rs 3,000 per month stipend to the unemployed youth.

BJP senior leader Dr K Laxman the Praja Sangrama yatra was only the trailer and the main film would be released after the victory of the BJP candidate Etala Rajender in the by-elections from the Huzurabad assembly segment. He alleged that the TRS government had betrayed the Dalit by promising to make the Dalit as the first Chief Minister of the Telangana state. 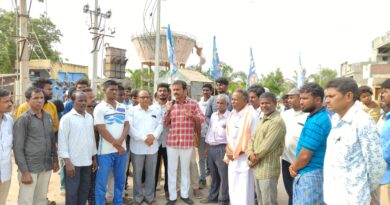 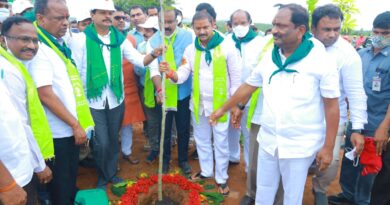 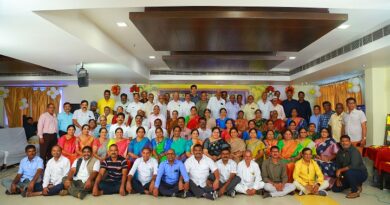 A reunion of students after 40 years in Karimnagar town