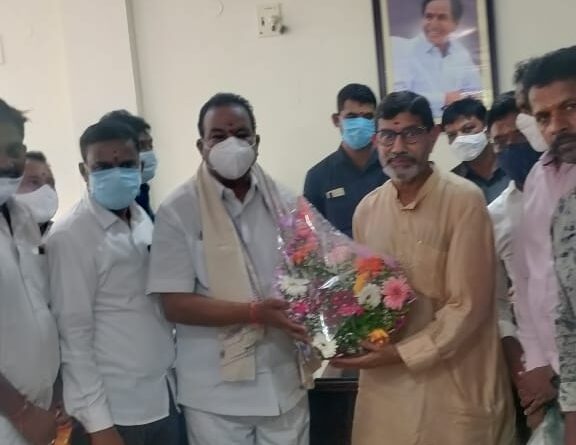 KARIMNAGAR:  The Karimnagar District Cooperative Central Bank (DCCB) is on a mission mode to strengthen and diversify the Primary Agriculture Cooperative Societies (PACS) into the Multi-Service centres by creating necessary infrastructure for its members and take up allied agriculture activities for the value addition of the farm produce.

Accordingly, the DCCB had informed all the 128 PACS in the integrated Karimnagar district to utilise NABARD assistance for conversion of all PACS into Multi-service centres (MSC) to reap riches as well as benefit the farmers.

As part of the programme of converting PACS into MSCs, Konduru Ravinder Rao, chairman of NAFSCOB, TSCAB and Karimnagar DCCB, along with Korutla legislator K Vidyasagar Rao, DCCB CEO N Satyanarayana Rao had formally laid foundation stone for the construction of godown with 1200 metric tonnes of capacity in Korutla town of Jagtial district on Thursday.

Similarly, they had also performed ground breaking ceremony for the construction of Karimnagar DCCB branch and also PACS building in Korutla town. On this occasion, Mr Ravinder Rao said that the area of cultivation in the Telangana state had increased manifold following the completion of Kaleshwaram lift irrigation project (KLIP) thus increasing the food grain production.

Simultaneously, the state government had increased its godown storage capacity from four lakh metric tonnes to 25 lakh metric tonnes during the last seven years period. But still there was huge demand for the godowns for the storage of farm produce so that the farmers could sell their hard-earned produce whenever there was good market support price, he stated.

He hoped that the construction of godowns by PACS would help the farmers in long run and also help in increase food grain production. DCCB general manager Mohd Riazuddin, Korutla branch manager B Praveen, senior manager (IT) B Praveen Kumar and others were also present.

Earlier, the NAFSCOB chairman had felicitated the Korutla legislator K Vidyasagar Rao on his nomination as the member of the Tirumala Tirupathi Devasthanam (TTD) trust board member. 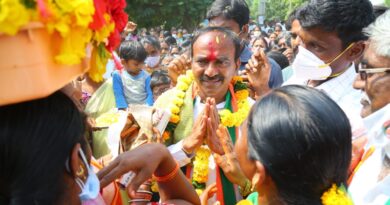 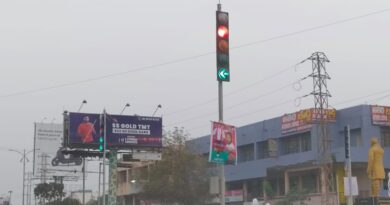 Traffic signals reinstalled after a decade in Karimnagar town 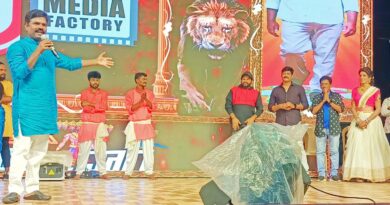 Dasara Dhoom Dham gives a fillip to festivities at LMD