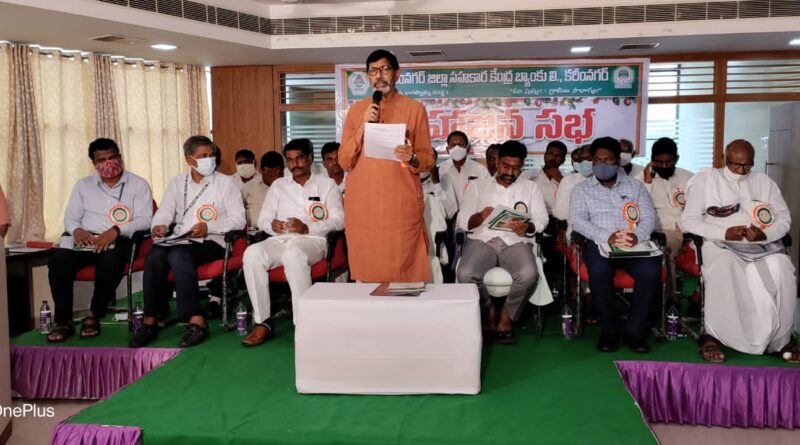 All PACS would be diversified and open petrol filling stations

Six per cent dividends to farmers

KARIMNAGAR:  The Karimnagar District Cooperative Central Bank (DCCB) which has emerged as the best performing cooperative in the country, is all set for the expansion and increase its customer base and also business turnover.

The DCCB, which is having 67 bank branches in various parts of the integrated Karimnagar district, is planning to open a total of 100 branches by opening another 33 branches very soon. Already, the bank had applied for opening five new branches with the RBI, said Konduru Ravinder Rao, chairman Karimnagar DCCB, TSCAB and NAFSCOB.

Participating in the 100th general body meeting of the Karimnagar DCCB in Karimnagar town on Tuesday, he said that they were also taking all measures to strengthen all the 128 Primary agriculture cooperative societies (PACS) and make them function on par with the banks. He said that they had taken up diversification of all the PACS into Multi-Service centres with the NABARD assistance.

Already 36 PACS were on the diversification mode at a cost of Rs 23 crore, he said and added another 17 PACS have also applied for the diversification of their regular trade to other businesses such as godowns, retail shops, shopping malls, agro-based industries etc. He said that they had set a target of converting all PACS into MSCs by utilising about Rs 200 crore NABARD finances which were at low interest rate of only 4 per cent and repayment in seven years period.

The DCCB chairman said that they were holding consultations with various oil companies for opening petrol filling stations at all PACS as part converting them into the MSCs. He said that the DCCB was providing 50 per cent financial support for the construction of strong-rooms and other safety measures for all PACS as part of their banking operations.

The meeting had also passed resolution urging both the Centre and state governments to procure paddy produce by the PACS and also providing minimum support price to the fine rice variety of paddy as part of discouraging ordinary variety of paddy. The meeting reminded that the area of cultivation of paddy had increased manifold due to the Kaleshwaram lift irrigation project and availability of abundant power supply.

Mr Rao informed the meeting about the urgent need for the diversification of cropping pattern as per growing trend in the country. Stating that Chief Minister K Chandrashekhar Rao had announced the farmers to take up regulating farming with a foresight, he said that the diversification of cropping pattern was the only solution in the days to come and informed the farmers to get prepared to face the new challenges by adopting regulated farming and reap riches.

CEO N Satyanarayana Rao read out annual report and the achievements of the bank. On the occasion of completion of centenary celebrations of the bank and earning profits, the meeting had announced payment of 100 days performance linked incentive the KDCCB staff and also 6 per cent dividends to the farmers. Vice chairman P Ramesh, NABARD DDM P Ananth, Peddapalli DCO Micheal, directors were also present. 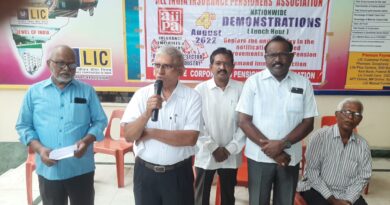 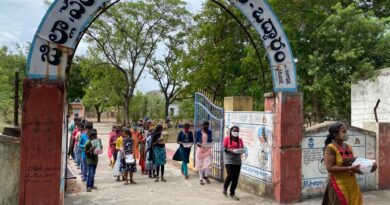 Headmasters urge the government to exempt them from Midday meal duties 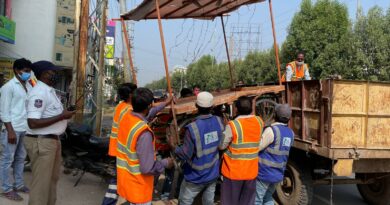