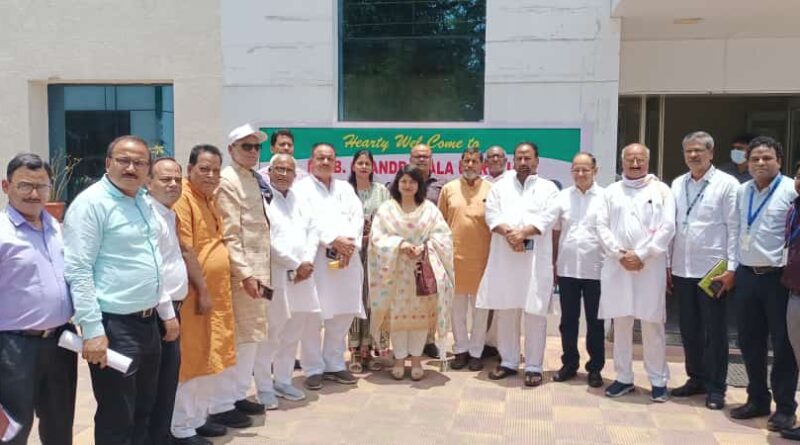 KARIMNAGAR: Mr Konduru Ravinder Rao, chairman of NAFSCO, TSCAB and Karimnagar DCCB, has said that the Karimnagar District Cooperative Central Bank has emerged as role model in the country because of its diversification of the business activities along with the farm sector.

“We are proud to say that we are the best in the country. The bank CEO and his team did a wonderful job”, he claimed.

Interacting with the Uttar Pradesh state cooperative officials’ delegation at the Karimnagar DCCB main office in Karimnagar town on Tuesday, Mr Rao said that the DCCB was confined to extending only agricultural loans which were 99 percent of the total business. “Now, we made 40 percent agriculture and 60 percent other sectors loaning. We have not neglected the farming sector. We only diversified the business activities and getting profits”, he pointed out.

“We helped the farmers’ children study abroad by providing educational loans”, he said and added that they had extended all types of loans including gold, housing, SHGs, self-employment, poultry, fisheries, animal husbandry etc, he stated. He also said that the KDCCB had ensured that the loans were properly utilised by the people so that there was cent percent recovery of the loan.

Stating that the KDCCB was having NPA of only 1.3 per cent during the last financial year and earned profit of Rs 68 crore by doing business of Rs 5,000 crore, he said that they had set a target of doing business of Rs 6,000 crore during this financial year. He also said that the PACS were strengthened in the district by converting them into multi-service centres (MSC) and made perform on par with the banks.

CEO N Satyanarayana Rao and PACS development centre resource person G Satyanarayana explained the progress of the bank since 2005 onwards to till date under the leadership of chairman K Ravinder Rao. They empowered the UP delegation about various activities and products of the bank to reap riches. 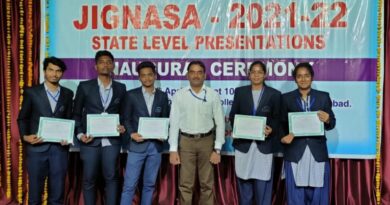 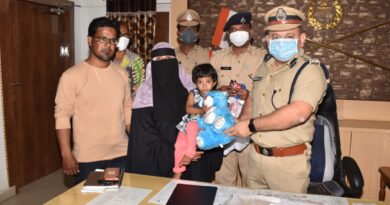 Missing girl traced and handed over to parents in Nizamabad 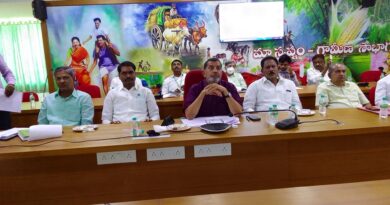