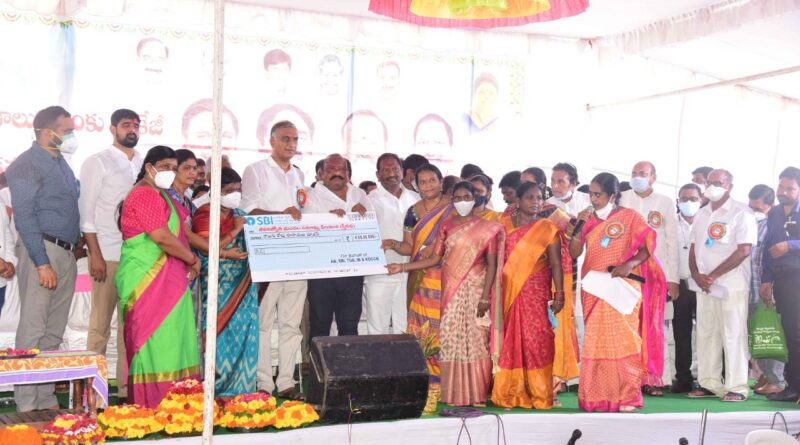 KARIMNAGAR: Minister for Finance T Harish Rao has said that the state government was taking all measures for the issuance of notification for the recruitment of over 60,000 vacancies in various government departments.

Mr Harish Rao along with Ministers Koppula Eshwar and Gangula Kamalakar and others participated in the distribution of Rs 4 crore worth of financial assistance to the women SHG members in Veenavanka mandal headquarters on Wednesday. Speaking on the occasion, Mr Rao said that the government already recruited 1.3 lakh jobs. He said that they were taking all measures for the completion of the incomplete double bedroom housing scheme by allocating Rs 10,000 crore.

Stating that the government had already waived Rs 25,000 crop loans of the farming community, he said that they would waive Rs 50,000 loans from August 15 onwards and add the amount in their respective banks. He said that they would soon waive away the crop loans from Rs 50,000 to Rs one lakh also. ZP chairperson K Vijaya, MLC Naradasu Laxman Rao, MLC-elect P Kaushik Reddy, SC corporation chairman Banda Srinivas, Collector RV Karnan, DRDO Srilatha and others were also present. 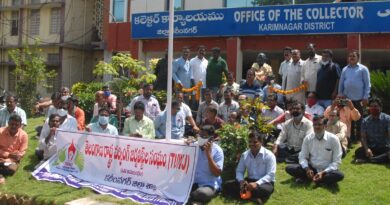 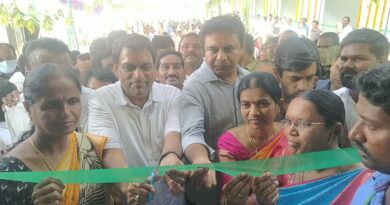