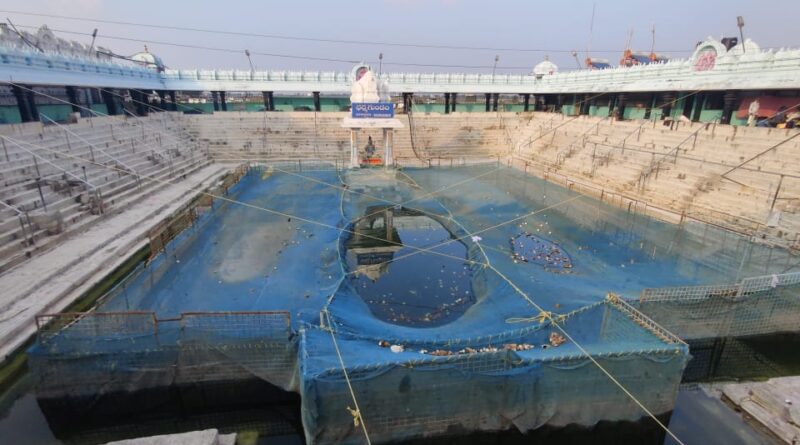 RAJANNA-SIRCILLA: The indefinite closure of holy tank (dharmagundam) at Sri Raja Rajeshwara Swamy devasthanam in Vemulawada of Rajanna-Sircilla district had become a cause of concern for the devotees visiting the shrine and taking a holy dip before offering prayers to the presiding deities.

The holy tank was closed during the outbreak of the first wave of pandemic virus in March 2020. Even after reopening of the temple shrine completely without any restrictions to the devotees after the second wave, the devotees are not given a chance to take a holy dip in the holy tank on the temple premises. 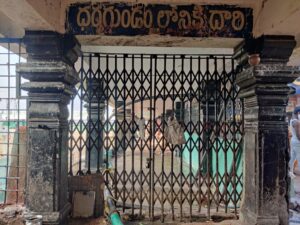 It is a strong belief among the devotees visiting the temple shrine to take a holy dip in the holy tank (dharmagundem) of the shrine and enter the shrine to offer prayers. It is believed that devotees taking a bath in this stepwell type holy tank would be cured of various ailments and maladies.

Since over one and half years, the authorities had completely closed the holy tank by locking the gates. The devotees are forced to bath in their respective accommodation facilities. The pilgrims who do not have accommodation facilities and taking shelter in the open were forced to use the toilets constructed during the Maha Shivarathri jatara in 2020.

Incidentally, the toilets and bathrooms were not maintained properly and poor sanitation was prevailing causing inconvenience for the devotees to use them. Some of the devotees are forced to bath in open at the public taps near the temple.

Ironically, the temple authorities had not made any alternate arrangements for the devotees visiting the shrine for a shower by erecting the showers or taps at the holy tank premises. On the other hand, the installation of purification plant at the holy tank for the round the clock purification of water to provide clean water to the devotees taking a dip had also remained a distant dream. 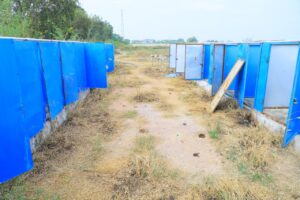 The locals say that the sanitation and administration had gone for toss at the shrine following the non-availability of regular Executive Officer. Collector Anurag Jayanthi during a visit to the temple shrine had also expressed his ire against the authorities for poor sanitation.

With the biennial Samakka-Sarakka jatara scheduled to be held from February 16 to 19, 2022 in Medaram of Mulugu district, the pilgrims doing on a pilgrimage to Medaram jatara would visit Vemulawada shrine to offer prayers. 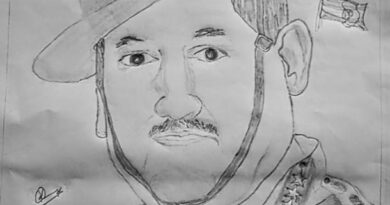 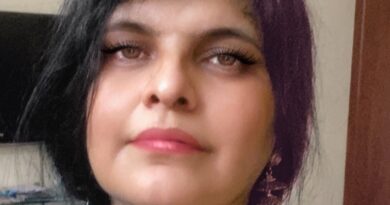