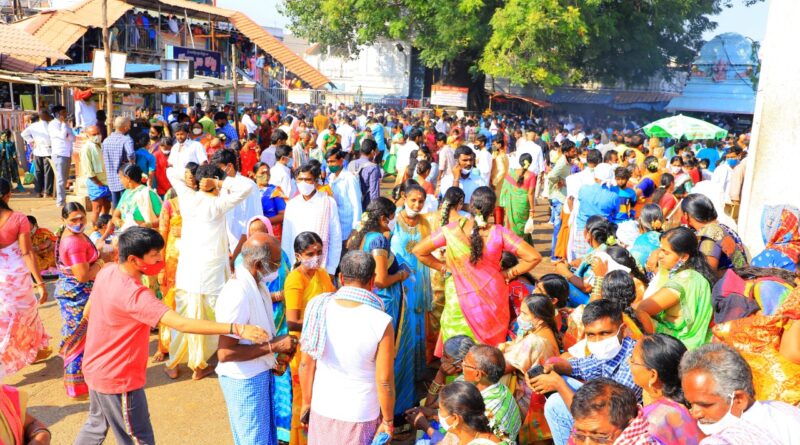 RAJANNA-SIRCILLA: With the onset of the auspicious Karthika masam after the Diwali festival, festive atmosphere is prevailing at the historic and ancient Sri Raja Rajeshwara Swamy devasthanam with the arrival of scores of devotees to offer prayers to the presiding deities in Vemulawada temple town on Monday.

The devotees formed serpentine queues measuring over three kilometres distance after taking a holy dip in ‘dharmagundam’ (holy tank). It took more than three hours for the pilgrims to have darshan of the deities. In the wake of heavy pilgrims rush, the temple authorities had cancelled all puja rituals and allowed only ‘laghu’ darshan for the benefit of surging devotees rush.

Following the filling up of all the available accommodation, the pilgrims occupied all the available open places and parked their vehicles on the temple tank bed. The womenfolk were seen busy lighting lamps as it was a ritual to light lamps before Lord Shiva temple during the Karthika masam festivities. 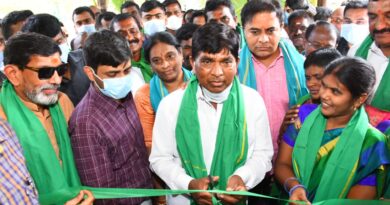 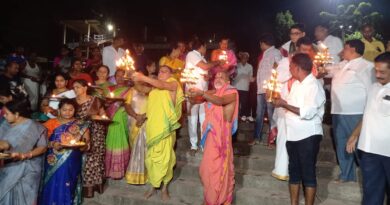 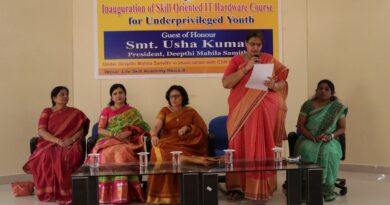