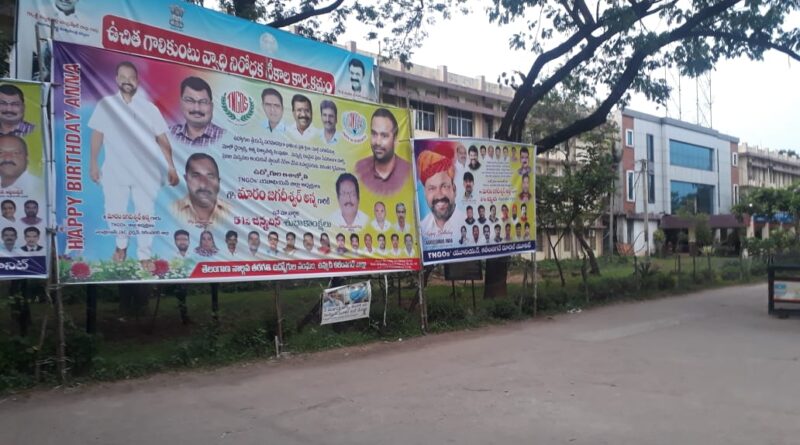 KARIMNAGAR: Even as the state government vehemently opposing the erection of the pollution causing vinyl posters, the law-enforcers especially the representatives of TNGOs have literally converted the Collectorate office premises as their own Union office and erected the posters greeting its president and causing nuisance and eyesore to the visitors.

The Municipal Corporation of Karimnagar (MCK), which is campaigning against the use of plastic and erected signboards stating that ‘plastic-free Karimnagar’, remain a mute spectator to the illegal erection of posters on the premises of public properties. Minister for IT and Municipal Administration K Taraka Rama Rao also opposes the erection of vinyl posters and given clear instructions to ban the illegal posters in any part of the state including on the premises of public properties and impose heavy fines on the violators.

But, the Telangana Non-Gazetted Officers (TNGOs) association leaders have literally converted the Collectorate office premises as their own union office by erecting the posters to greet their association district president on the occasion of his 51st birthday celebrations. The posters have been erected a week ago and still not removed and become an eyesore with the defacing of the Collectorate office premises.

The Union leaders had erected three huge vinyl posters with the pictures of the TNGO’s union leaders and also the Collector at the main entrance of the Collectorate in Karimnagar town. The MCK authorities, who show more concern for the removal of political leaders posters in the town, were reluctant to remove the posters erected by the government employees, who have defaced the office premises.

Expressing concern over the erection of illegal posters on the public properties including the Collectorate office premises, Karimnagar Consumer Council leader KS Narayana demanded the government employees to erect posters stating that they would now onwards do not collect any bribes for discharging their legitimate duties and they would work with integrity and transparently.

Who gave them rights to deface the Collectorate office premises? Is it necessary to erect posters to greet a union leader on his birthday by erecting such huge posters and cause an eye-soar to the visitors on the office premises, he questioned? He reminded them that they were also public servants and they should follow the rules strictly and emerge as role models for others.

Erection of illegal posters on the premises of public properties is an offence and the authorities concerned should initiate severe penal action and impose heavy fines on the violators, said P Nagamohan, the Lok Satta udyama samstha district leader. He said that the authorities should launch a continuous drive against the erection of vinyl posters in the entire town including the government offices to keep the Karimnagar town clean and tidy. 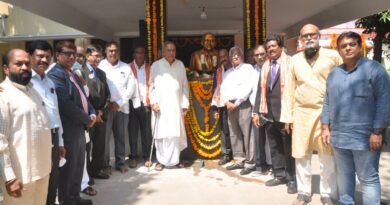 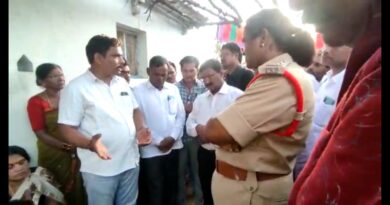 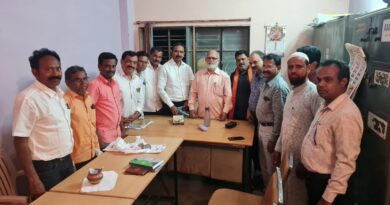