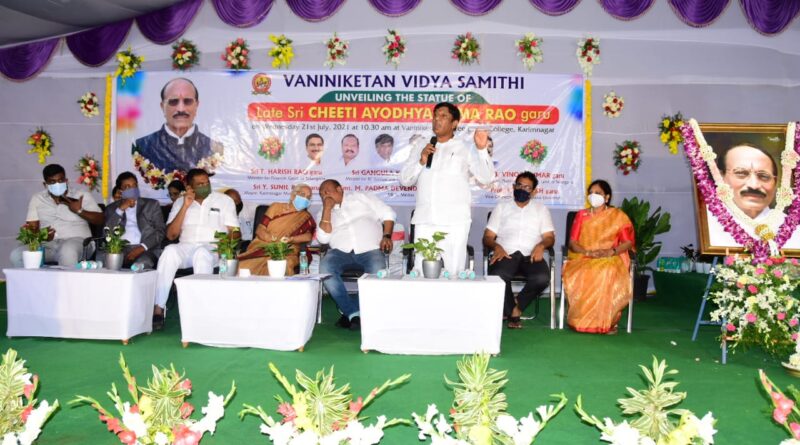 KARIMNAGAR:  Telangana State Planning Board Vice Chairman B Vinod Kumar has stressed the need for the existence of both the government and private educational institutions to cater for the educational needs of the growing population in the country.

Stating that the population of the country would cross over Rs 200 crore in the coming years, he said that it was necessary to operate both the government and private educational institutions to cater for the needs of a growing population.

On this occasion, Mr Vinod Kumar opined that the present generation youths should learn time management from Mr Ayodhya Rama Rao. Vinod Kumar announced the presentation of a gold medal in memory of Rama Rao to a brilliant student, who shows excellent performance in the Mathematics subject, every year.

Minister for Civil Supplies Gangula Kamalar said that it was a great privilege and honour to unveil the statue of his mentor Mr Ayodhya Rama Rao. He reminded that Mr Ram Rao never commercialized education. He said that Vani Nikethan school, which started with five students and two teachers, has grown in leaps and bounds by offering education from KG to PG. He also promised to name a road in memory of Mr Ayodhya Rama Rao in Karimnagar town. 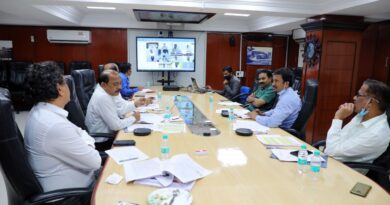 There will be no power interruptions in TS, says Singareni 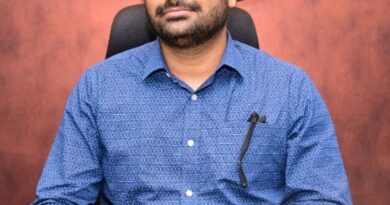 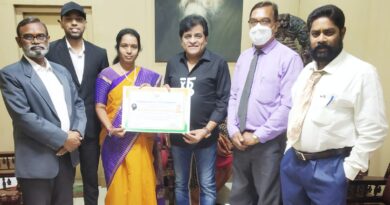