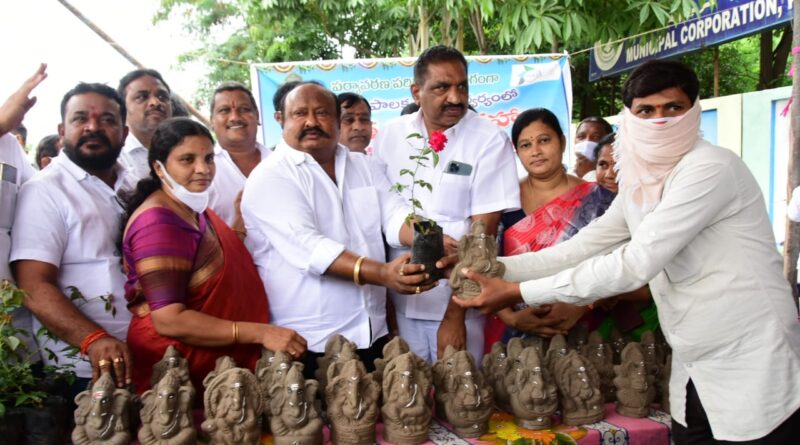 MCK to distribute 10,000 clay idols free of cost to people

KARIMNAGAR: The Municipal Corporation of Karimnagar (MCK) authorities have launched the distribution of clay idols free of cost for the residents of Karimnagar town and promote eco-friendly practices among the people of the town and check pollution of water bodies.

Minister for Civil Supplies and BC Welfare Gangula Kamalakar along with Mayor Y Sunil Rao, Municipal Commissioner Garima Agarwal had formally launched the distribution of clay idols along with a flowering sapling to the people in front of the MCK office in Karimnagar town on Wednesday. The MCK had decided to distribute 10,000 clay idols on a first-come and first-served basis. From Thursday onwards, the clay idols would be distributed in all the 60 municipal divisions by the concerned municipal corporators.

Speaking on the occasion, the Minister called upon the people to celebrate the Vinayaka Chathurthi festival by worshipping clay idols and check the pollution of water bodies. Expressing concern over pollution of water bodies with the immersion of idols made of Plaster of Paris, he appealed to the locals not to dig and damage the Smart roads in the name of erection of Ganesh mandaps.

He said that they were distributing a flowering plant along with a clay idol educating the people about the importance of planting a sapling to check the environment from pollution. He assured to make arrangements for the smooth conduct of the nine-day festival.

The Mayor presents a flower sapling to the Minister on the occasion of completion of two years of the term as the Minister for Civil Supplies. Deputy Mayor Swaroopa Rani, corporators Gande Madhavi, Gugilla Jayashree and others were also present. 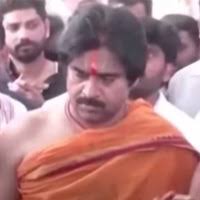 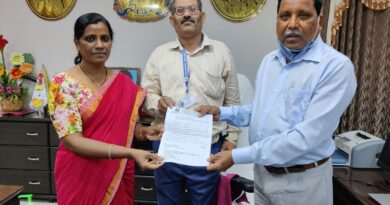