KARIMNAGAR:  The traditional Ganesh utsav committee laddu auctioning, which was otherwise confined to the Hyderabad city and other adjoining areas, has been gaining popularity in the districts because it is believed that the purchase of laddu auction brings prosperity to the winner and is considered highly auspicious.

Accordingly, a Ganesh utsav committee laddu at Shantinagar locality in 12th Municipal division of posh Bhagathnagar in Karimnagar town was auctioned for a record Rs 42,516 on Sunday. During the bid conducting amid huge turnout by the devotees, a resident Nandikonda Karunakar Reddy had purchased the laddu by bidding Rs 42,516.

Municipal corporator Thota Ramulu congratulated the bidder Karunakar Reddy and his family members including wife Latha, children Rishika Reddy and Yashwanth Reddy. He said that the trend of auctioning of Ganesh laddu was also gaining popularity in the district headquarters which was a good sign for raising funds to organise the next Ganesh utsav. 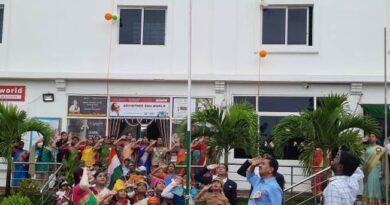 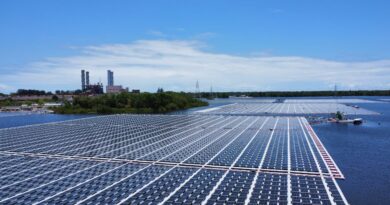 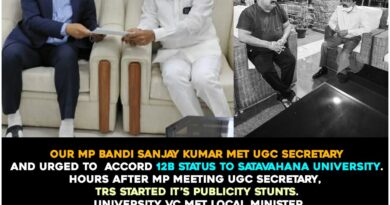 Politics in securing UGC 12B recognition to Satavahana varsity

4 thoughts on “Ganesh laddu auction gains popularity in Karimnagar too”