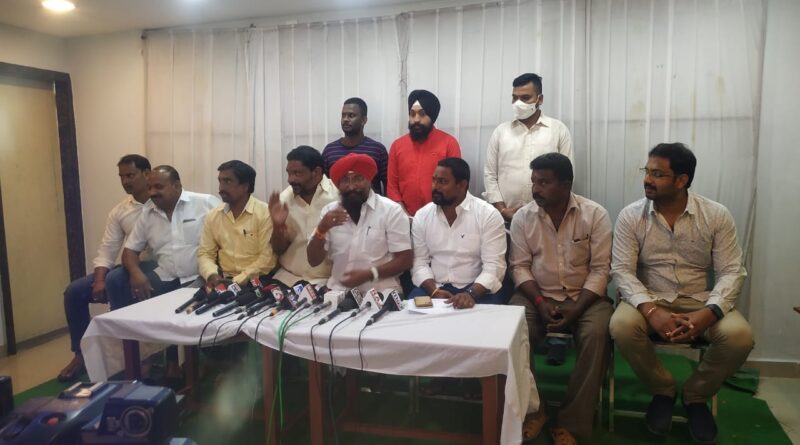 He questioned whether two-terms MLC Bhanu Prasad Rao, who was MLC for 12 years, did ever stay for at least 12 days in Karimnagar district where the local bodies representatives have elected him. He alleged that Mr Bhanu, who was the House committee chairman to probe into irregularities into the execution of the Rajiv Rahadhari state highway, had resorted to illegal acts of collecting money from the executing agency and left the road as it is and causing accidents due to unscientific execution.

The TRS rebel, who filed his nominations as an Independent candidate from the Karimnagar local bodies MLC elections, had addressed a maiden press conference in Karimnagar town on Saturday after his resignation to the TRS.  On this occasion, he launched a scathing attack against Bhanu Prasad for neglecting the plight of the local bodies including MPTC, ZPTC and municipal ward members.

Mr Bhanu Prasad who had never conducted any training programmes for the local bodies representatives was not organising camps with them, he said and added that his nomination as an Independent in the elections had given due respect to the local bodies leaders. Stating that the TRS candidates if elected would be confined to Hyderabad doing their businesses, he said that he would strive for the welfare of local bodies representatives if elected and open an office in Karimnagar, get health insurance cards for them.

Flaying Chief Minister K Chandrashekhar Rao for neglecting the Telangana protagonists and encouraging the traitors, he asked what was made by TRS to appoint Collector P Venkatrama Reddy as an MLC within one day after his resignation. He also found fault with the government for making Congress leader P Kaushik Reddy as MLC when he attacked the Telangana protagonists with stones in Manukota.

He ridiculed the TRS for making B Vinod Kumar as TS Planning board vice chairman within three months after his defeat from the Karimnagar parliament elections. Similarly, Kavitha was made MLC after her defeat from the Nizamabad parliament constituency. He said that he would expose the true colours of TRS every day.

He reminded that as Mayor in Karimnagar he had bought several innovative welfare schemes such as Re 1 tap connection and conduct of funerals for Re 1 only. He said that he had bought the Smart city to Karimnagar and the present leaders were making huge money and constructing houses and cars by resorting to illegal acts. 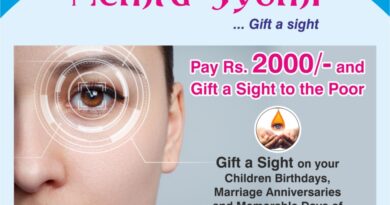 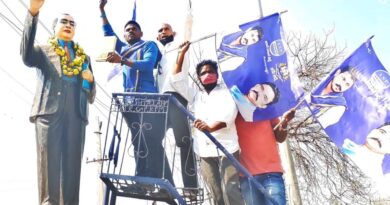 Dalit organisation flays KCR for his remarks to ‘rewrite Constitution’ 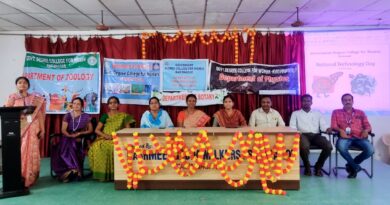