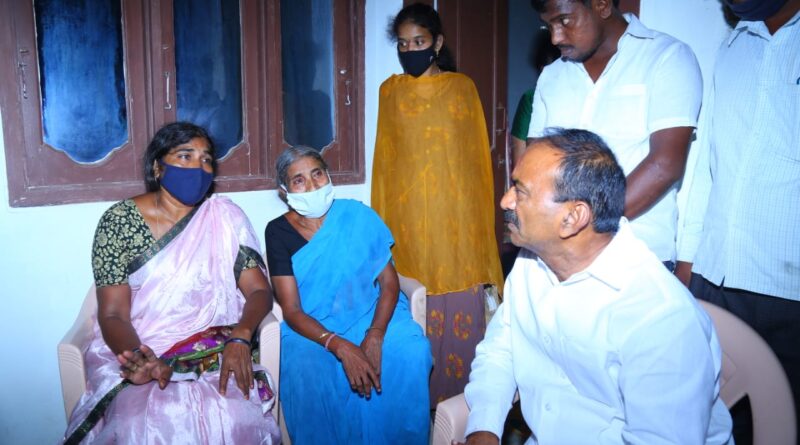 KARIMNAGAR: Former Health Minister Etala Rajender has threatened to launch ‘deeksha’ (agitation) if the government fails to provide Dalit bandhu scheme to all the beneficiaries of the Huzurabad assembly segment.

Mr Rajender demanded that each and every dalit should get the Dalit bandhu scheme in the Huzurabad segment as promised by the government. He also said that the scheme should be implemented throughout the state in true spirit. He said that the government should not impose any restrictions in the utilisation of the funds of Rs 10 lakhs released by the government by enforcing the Collector and the bank authorities by restricting the use of funds and added that the beneficiary should be given free hand in the utilisation of the Dalit bandhu scheme funds for his economic activities.

Earlier, the former Minister visited the house of the Disha newspaper reporter Laxman Rao, who was killed in a road accident at Parkal cross roads in Elkathurthy mandal in the wee hours of Saturday while undergoing treatment in Warangal MGM hospital. Mr Rajender attended the funeral procession of the journalist and later visited his house and consoled the bereaved family members. 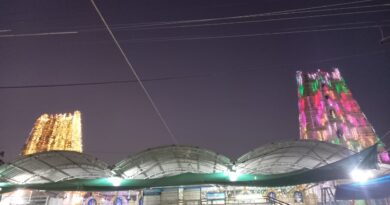 Vaikunta Ekadasi without devotees at all temple shrines on Jan 13 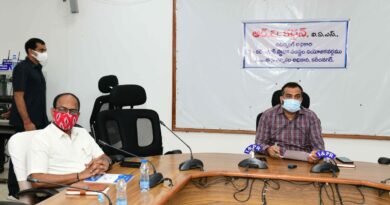 All set for MLC elections in Karimnagar district on Dec 10 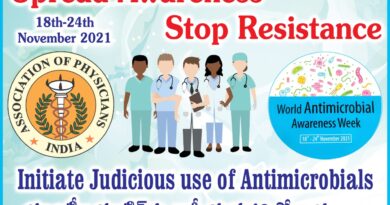