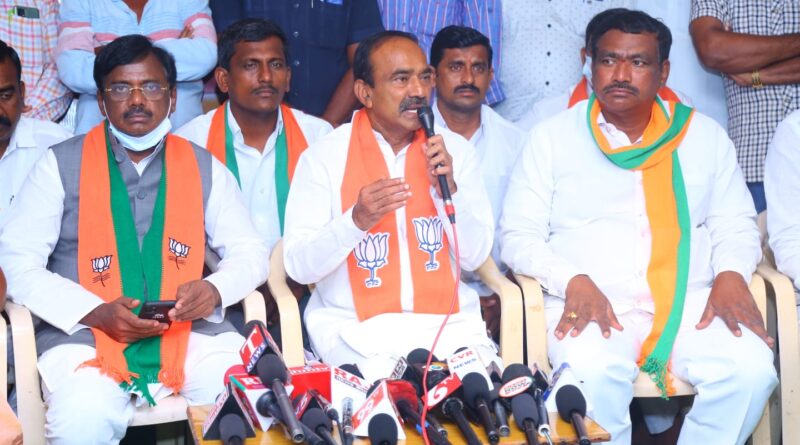 KARIMNAGAR: Former Minister and BJP leader Etala Rajender has made a shocking statement saying that he would quit from active politics if the TRS wins from the Huzurabad assembly segment in the ensuing by-elections.

“If I win, Chief Minister K Chandrashekhar Rao should resign to his post”, he dared.

Talking to newsmen in Huzurabad on Thursday, Mr Rajender launched a scathing attack against Minister for Finance T Harish Rao for making all baseless and sarcastic allegations on the development of Huzurabad assembly segment. “If Mr Harish Rao is having any guts to prove his charges, I invite him for a public debate at the Ambedkar crossroads in Huzurubad town to prove his charges on development of Huzurabad assembly segment, construction of double bedroom houses and other issues”, he challenged.

The BJP leader visited Sirsapalli village where the double bedroom houses were constructed by him during his tenure as the local legislator and Minister and ready for inaugurations. Flaying the remarks made by Harish Rao that he had not constructed any double bedroom houses in his segment, Mr Rajender said that Chief Minister, Harish Rao and KTR have constructed thousands of houses in their respective assembly segments with the support of Kaleshwaram project contractors. He could also construct around 2,000 houses in the segment.

Stating that Congress had constructed several lakhs of Indiramma houses, he asked how many double bedroom houses did the TRS government constructed in the last eight years. He asked why the government had not distributed Rs 10 lakhs to the beneficiaries of Dalit bandhu in Vasalamarri village.

Reminding that TRS legislators secured Rs 5 crore ACDP funds during the Congress regime and taken up several developmental works in the segments, he asked why the TRS government was not giving ACDP funds to the opposition legislators. The TRS had insulted the legislators by keeping the ACDP funds with the concerned Ministers, he charged.

He alleged that KCR, Harish Rao, KTR, Kavitha and Santosh Kumar were feeling as if they had secured the Telangana state and all other slaves in front of them. Flaying Mr Harish Rao as rubber stamp minister without any power, he dared the TRS government to release a white paper on the state financial position.

Refuting the charges that he had earned crores of rupees by joining politics, he challenged Mr Harish Rao to open the affidavits submitted by both of them in the 2004 elections and prove who was having how many properties. He claimed that he was a businessman even before he joined politics. “What is your property and assets before the 2004 elections and now”, he asked and alleged that Mr Rao was resorting to all illegal methods to amass wealth. 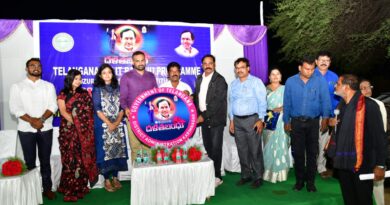 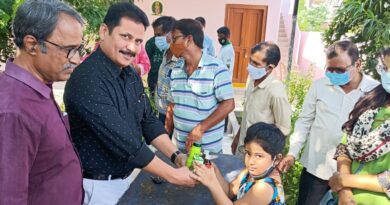 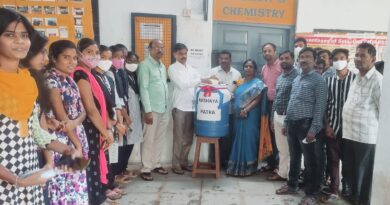