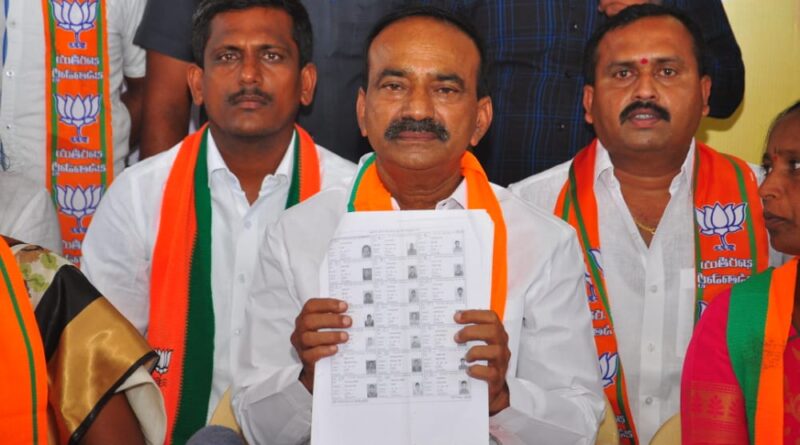 To launch padayatra in Huzurabad segment from July 13 or 14

KARIMNAGAR: Former Minister and TRS rebel Etela Rajender has alleged that the ruling TRS was resorting to electoral malpractices by enrolling the non-residents and removing the local residents from the voters’ list of the Huzurabad assembly segment in various places of the segment to resort to illegal practices during the ensuing by-elections.

Talking to newsmen here in Huzurabad town on Saturday, Mr Rajender alleged that the TRS resorted to similar tactics by enrolling non-residents as voters during the MLC elections and Warangal municipal corporation elections. He charged that the TRS was enrolling as many as 30 to 40 illegal votes in a single house number in the segment and resorting to undemocratic acts. He said that they would lodge a complaint with the Election Commission against the TRS for its illegal acts of resorting to the enrolment of fake voters.

He also alleged that the authorities had enrolled more fake voters from a single house number belonging to the Municipal chairperson of the Huzurabad town. He called upon the voters to be cautious about the dubious tactics of the TRS, which may resort to any illegal acts by misusing the official machinery.

He said that he was planning to launch padayatra tentatively from July 13 or 14 in the segment from Gopalapuram village in Kamalapur mandal and cover the entire segment traversing through 350 to 400 kilometres. He said that he had applied for permission for conducting padayatra and would participate in the yatra along with BJP cadres and the villagers braving the monsoon season.

He alleged that there was development only in Sircilla, Siddipet and Gajwel assembly segments including the construction of double bedroom housing scheme. Other assembly segments were a neglected lot, he said. He also flayed Minister for Panchayat Raj and Rural development Errabelli Dayakar Rao for making derogatory remarks against the woman MPDO during his visit to the segment on Friday.

Refuting the allegations made by the former Minister, Huzurabad Municipal chairperson G Radhika demanded Mr Rajender to prove the charges of enrolment of fake voters in the name of her house number. She reminded that her family was a joint family and tenants were also enrolled as voters in her house number.

She said that she would rub her nose to the ground in front of the Hanuman temple in the town if she was found guilty in the enrolment of fictitious voters. She dared Mr Rajender to say sorry and rub his nose on the ground before the public. She charged that the former Minister was making wild allegations against her for not accompanying him to join the BJP after he was sacked from the TRS. 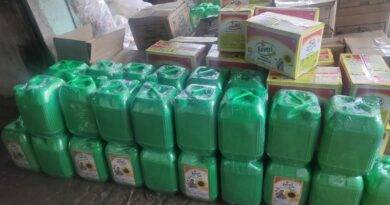 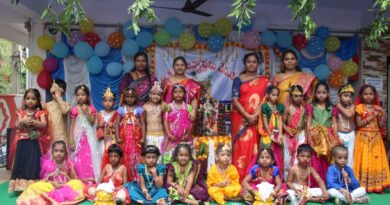