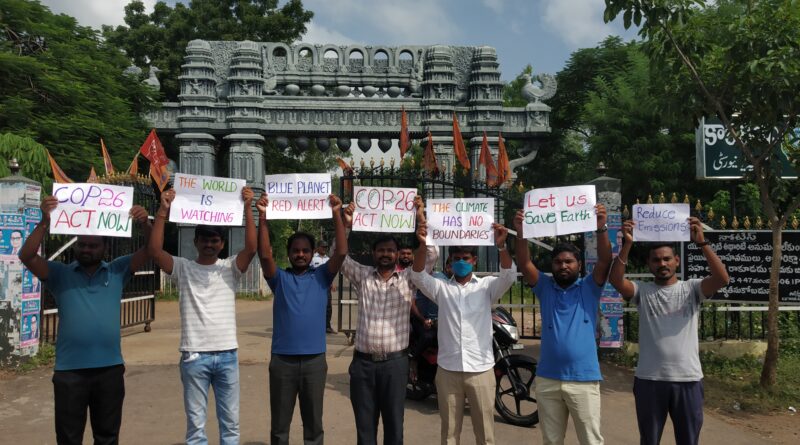 WARANGAL: The United Nations climate summit that began in Glasgow on Sunday could be the last chance for humanity to tackle the catastrophic changes due to unrestrained global warming,    said Dharthi Bachao NGO founder president and environmental activist Mohammad Azam along with other activists.

Participating in an awareness programme to express their solidarity to COP-26 (Conference of Parties) organised under the banner of NGO in front of Kakatiya University first gate on Wednesday, the research scholars and PG students of the university have expressed their concern over the climate change by holding placards with quotations to educate people about the importance of protecting the Mother Nature.

Speaking on the occasion, Mr Azam said that the United Nations Environment Programme warned that the world temperature would increase by 2.7 degrees Celsius by the end of the century, which was much above the goal of the landmark Paris agreement made in 2015 to keep it below 2 degree Celsius compared with the beginning of the industrial era.

“Unless the countries agree to steeply cut the carbon emissions, the global temperatures will rise beyond 1.5 degrees Celsius in the next 10 to 20 years compared with pre-industrial times, the Inter-governmental panel on climate and believe that the Glasgow summit, known as COP26, could be the last opportunity to tackle global warming”, he quoted.

Kakatiya university Research scholars Association President Thallapally Naresh kumar said that over the past few decades, the climate negotiations were going on, the COP26 must reclaim its leadership and the trust of people from across the world, both the rich and poor.

Other Scholars said that the carbon markets are touted to be one of the most efficient tools to keep mean global temperature rise to below 2 degrees by capping global emissions globally after 2020. Hoping that this summit would bring democratic and constructive resolutions to reduce emissions and urge the people to come forward to create awareness among youth and people to protect this planet from global warming.  Vishnu Vardhan, Sambaraju, Samba Shiva Rao, Sorupaka Anil, Merja Anil and others were present in the programme. 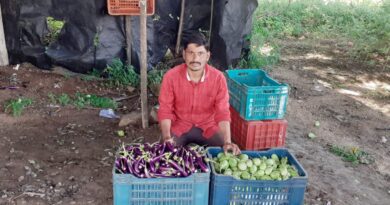 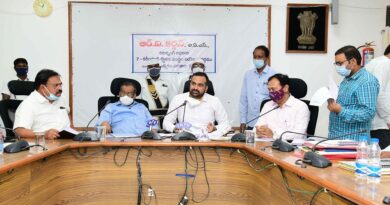 Three nominations were rejected for MLC elections in Karimnagar 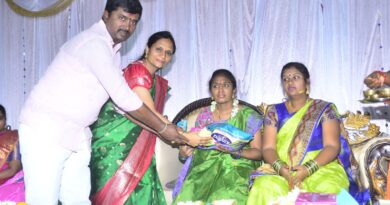 A mass baby shower of benevolence for pregnant women