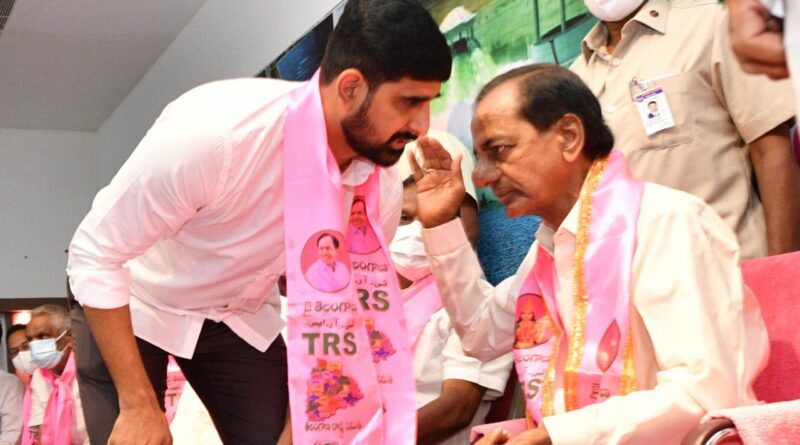 KARIMNAGAR: Padi Kaushik Reddy, who quit the Congress party and joined the TRS recently, hit the jackpot with the state cabinet recommending his name for the Legislative Council post from the governor quota.

His dream to become an elected representative is being fulfilled now. The TRS rank and file had arrived on the roads at Ambedkar cross roads at Huzurabad town and celebrated the recommendation of Kaushik’s name for the MLC by bursting fireworks and distributing sweets in the town on Monday.

Ever since Minister for Health Etala Rajender was sacked from the cabinet and his resignation to the legislator post from the Huzurabad assembly, Kaushik Reddy was planning to join the TRS and contest on behalf of the party ticket from the Huzurabad assembly segment from where he gave a tough fight to Etala Rajender in the 2018 elections by contesting on Congress ticket and securing more than 61,000 votes.

When Mr Kaushik Reddy met Minister for IT and Municipal Administration and TRS working president K Taraka Rama Rao at a private function, there were rumours about his joining the TRS. However, Kaushik refuted the allegations and stated that he would contest from the Huzurabad assembly segment on Congress. He also met TPCC president A Revanth Reddy.

Suddenly, the audio clips of Kaushik Reddy joining the TRS and mobilisation of the public and purchasing of votes etc had surfaced in social media and went viral. The TPCC disciplinary committee served a notice seeking his explanation over the audio clips. Immediately, he convened a press meet and announced his resignation to the Congress party and later joined the TRS along with his supporters before Chief Minister K Chandrashekhar Rao.

During the joining meeting, the Chief Minister had hinted that they would utilise the services of Kaushik Reddy for the entire state instead of confining to the Huzurabad segment. At this juncture, his supporters expected that he would become chairman of Sports Authority of Telangana state as he was a cricketer and played Ranji matches. But to his surprise,  his name was recommended for the MLC post.

With Kaushik Reddy being nominated to the MLC, it is now clear that he would not contest from the Huzurabad assembly segment. Even the TRS party is also planning to field a BC candidate from the Huzurabad segment as the former Minister Etala Rajender contesting on behalf of BJP was playing a BC card. Though former BJP leader E Peddi Reddy joined the TRS, he is not likely to be fielded in the Huzurabad by-elections.

The TRS is shortlisting the BC candidates to be fielded from Huzuarabad against Etala Rajender. Former BC commission member Vakulabaranam Krishnamohan Rao, TRSV state president Gellu Srinivas Yadav and former market committee Ponaganti Mallaiah. However, the party is closing in on Gellu Srinivas Yadav to cash on Yadav votes in the segment on par with the Mudiraj community represented by Etala Rajender. 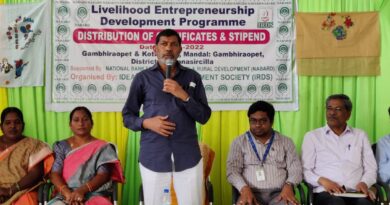 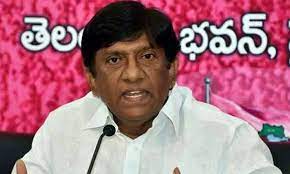 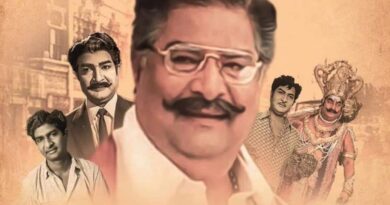