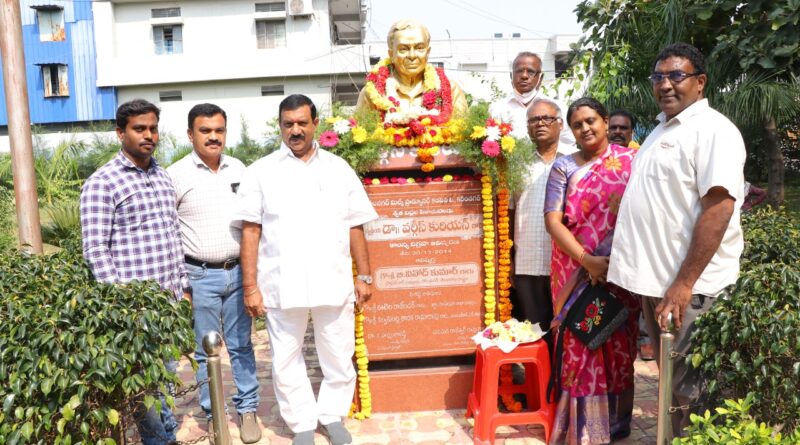 KARIMNAGAR: Rich tributes were paid to the Father of India’s white revolution and Milkman of India Dr Verghese Kurien on the occasion of his centenary birth anniversary celebrations by garlanding his statue on the premises of Karimnagar Milk Producer Company Limited which is also known as Karimnagar dairy on Friday.

Incidentally, Dr Kurien birth anniversary is also celebrated as the National Milk Day across the country about the importance of milk procurement through cooperatives and to educate the people about the importance of consumption of milk and milk products. The first National milk day was celebrated on November 26, 2014 following the initiatives taken by Indian Dairy Association (IDA). 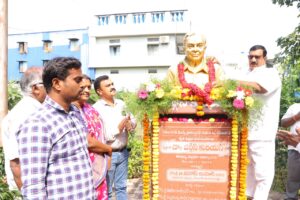 Speaking on the occasion, Dairy Chairman Ch Rajeshwar Rao called upon the dairy staff to rededicate them for the strengthening of the dairy sector and benefit the milk producing farmers on the occasion of centenary birthday of Dr Kurien. Recollecting his association with Dr Kurien, the chairman said that Mr Kurien always strived for the development of cooperative sector which is the backbone of the country.

Following his footsteps, the Karimnagar dairy is also taking all necessary measures to double the farmers’ income by encouraging the dairy units in the Telangana state, he stated. He recalled that India had emerged as the largest milk producer in the world because of the initiatives taken up Dr Kurien, who launched the ‘Operation Flood’. DGM Narsinga Rao, marketing manager T Rajashekhar Reddy, Manager (farmers development) Dayanand Reddy, Dairy manager Somaiah and others were also present. 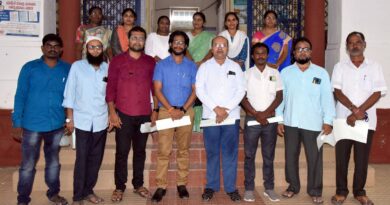 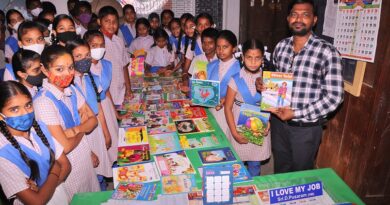