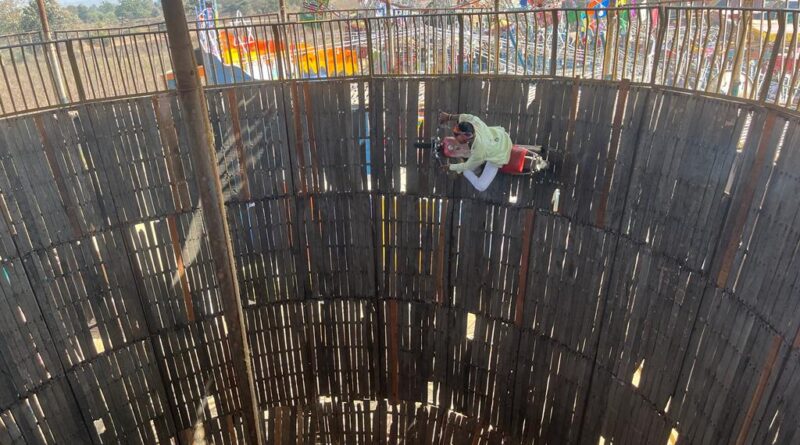 “This is too risky a business which requires utmost concentration while riding the bike. Any lapse even for a fraction of a second can result in an accident and perhaps death”

ADILABAD: Several times during their typical working day, these adventure addict motorcyclists defy death riding their 100 cc bikes horizontally in the circular wooden enclosure which they aptly call the “maut ka kuan” or the well of death.

The “maut ka kuan” is an adventure show and is part of the jatharas or village fairs which get organised as part of religious celebrations in these parts between December and March every year. One such well of death has been erected by four ‘performer’ brothers at the famous Nagoba jathara at Keslapur in Indervelli mandal of Adilabad district. The show is expected to go on until January 28 after which the set up will be shifted to the 15 day Budumdev jathra or Shampur jathra at Shampur in Utnoor mandal. 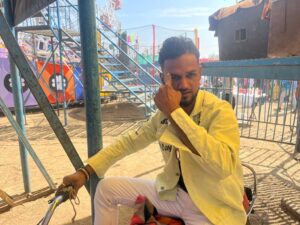 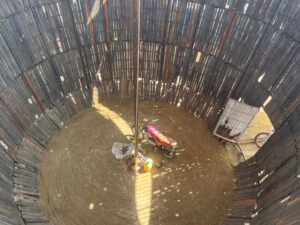 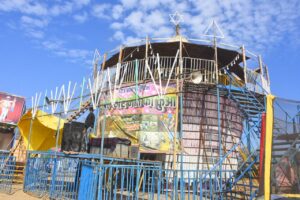 The eldest of the four performers from Kalamneri in Hingoli district of Maharashtra is Syed Israel aka Shahrukh who incidentally has five fractures in his left leg suffered in an accident in the ‘maut ka kuan’ a few years back. “I have five iron rods in this leg and these cuts are from other injuries on the head,” he said matter of flatly, apparently proud of surviving despite the near fatal accident.

“This is too risky a business which requires utmost concentration while riding the bike. Any lapse even for a fraction of a second can result in an accident and perhaps death,” Israel revealed the secret of his trade. It is the timing of the acceleration that is important in riding the motorcycle horizontally. The brothers say that proper practice makes sense of timing an inherent trait of the personality of the performer.

We used to sell ‘bhel’, a snack item, on trains before a Good Samaritan spotted us and trained us in this sport,” recalled Syed Irfan, younger brother of Israel. “We were school dropouts and the chance to earn a decent livelihood despite the risk to life and limb seemed great,” he added.

“None of us will leave this activity even if there is a chance to take up something less risky as a livelihood,” Israel summed up the fascination of all four brothers for the adventurous life. Evidently, they are addicted to the rush of adrenalin as they go in circles in the narrow confines of the well of death.

Mesram Nagu, a tribal who had climbed to the arena to watch the show, was surprised by the ‘precision’ riding of the performers. “This is really great,” he remarked as he continued to marvel while exiting after the show. 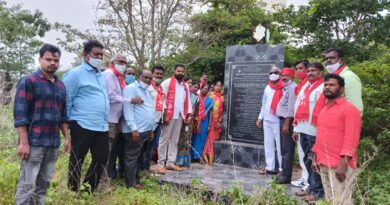 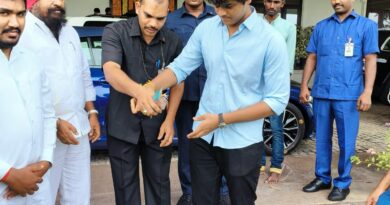 ‘Palapitta’, the state bird, was not caged and it was released, say forest officials