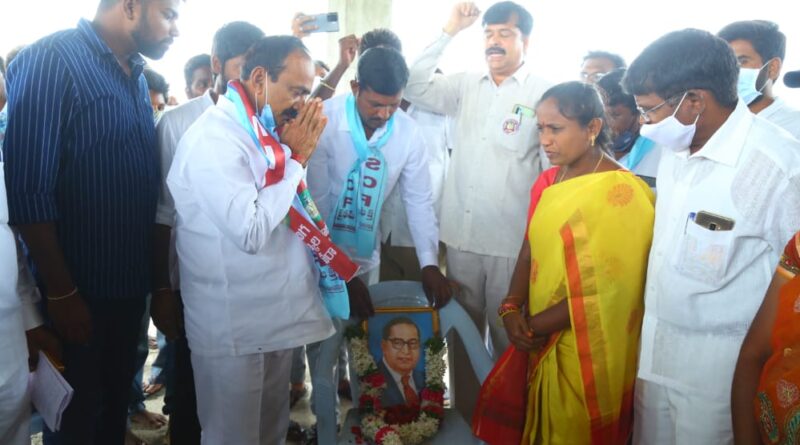 Speaking on the occasion, Mr Rajender said that Chief Minister K Chandrashekhar Rao, who was in active politics for last 38 years in the Andhra Pradesh and Telangana state, told several times that dalits were still underprivileged and stated that the dalits empowerment would be possible only if they were given power.

Accordingly, Mr KCR had made tall promises during the statehood movement that the dalit would be made first Chief Minister of Telangana state. “If the dalit is not made CM in Telangana, he will axe his head”, he quoted CM as saying and added he failed to fulfil the promise”, he reminded. Mr Rao also promised three acres of land to the dalits, which also remained a distant dream, he stated.

He charged that the Chief Minister was cheating the dalits with the promise of providing dalit bandhu all the families in the state within four years. “The dalit bandhu to all the dalits in the state will not be possible in another 40 years also as the government does not have money. I know the financial position of the state as I worked as the Finance Minister”, he claimed.

Referring to the Ministers and legislators who were making allegations against him by visiting Huzurabad segment, he asked whether they have the guts to demand the Chief Minister to implement the Dalit bandhu in their respective segments. Reiterating that he was winning from the Huzurabad assembly segment by-elections, he said that the TRS had already spent Rs 192 crore and plans to spend another Rs 500 crore in the elections.

But, the people of the segment would definitely protect the democracy by electing him with a thumping majority. “My victory is not for me alone, it is all the people’s victory and I will be their voice in the assembly”, he pointed out. Former legislator Bodige Shoba, SCF state president Medi Ramana, Madiga Hakkula Dondora president Sunil, Mala Mahanadu state leader Seelam Srinu and others were also present. 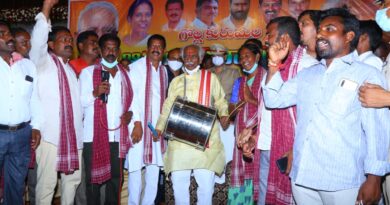 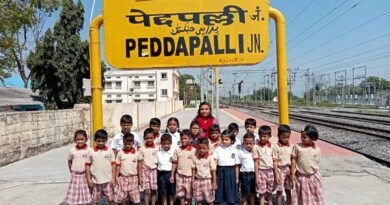 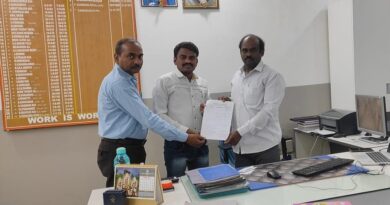