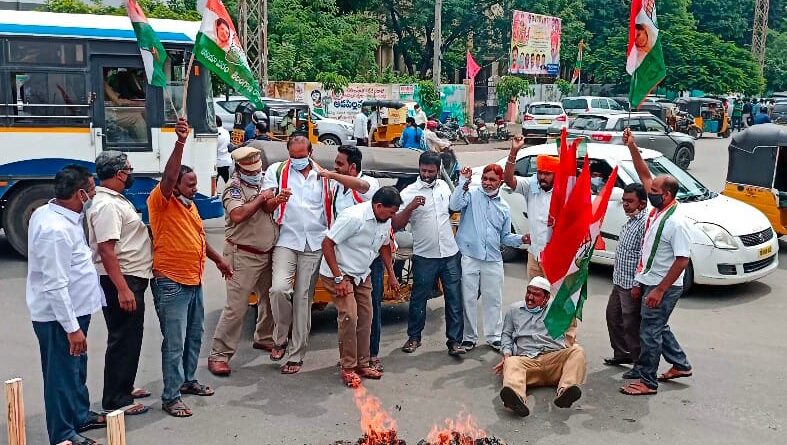 KARIMNAGAR: The Karimnagar City Congress committee activists have staged a dharna and set fire an effigy belonging to Chief Minister K Chandrashekhar Rao in front of the RTC bus station complex in Karimnagar town on Wednesday condemning the attack on the TPCC president A Revanth Reddy residence in Hyderabad.

The Congress activists lead by its City president Komatireddy Narender Reddy and others arrived at the bus station complex along with an effigy belonging to the KCR and set on fire raising slogans against the Chief Minister and TRS government for resorting to physical attacks on the opposition parties’ leaders. However, the police rushed to the spot and arrested the protestors and shifted them to Karimnagar One town police station.

Speaking on the occasion, Mr Narender Reddy flayed the TRS government for targeting the Congress leaders and resorting to physical attacks for questioning their irregularities and undemocratic acts. He warned the TRS government to mend its ways and abide by the Constitution and added that the people would teach a fitting lesson to the government in the coming elections. 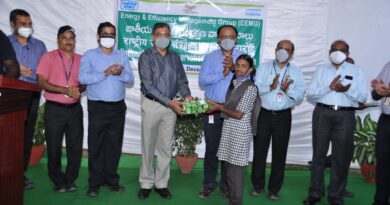 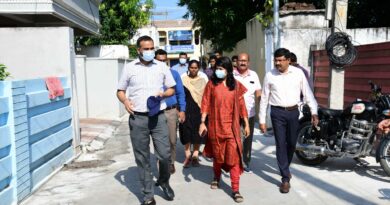 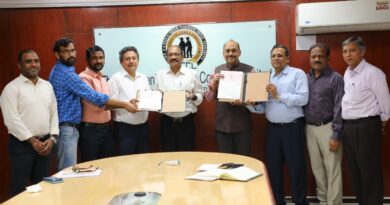