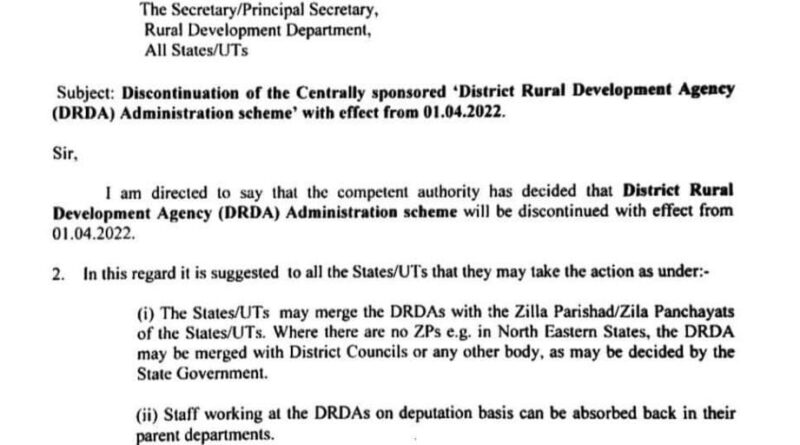 KARIMNAGAR: The Union government has decided to discontinue the ambitious centrally sponsored District Rural Development Agency (DRDA) administration scheme with effect from the next financial year i.e from April 1, 2022.

According to official sources, the Union government had instructed the respective state governments and union territories to merge the DRDAs with the Zilla Parishads or Zilla panchayats. Where there are no ZPs such as northeastern states, the states may merge the DRDAs with the district councils or any other body, as may be decided by the respective state governments.

The staff working in DRDA on a deputation basis can be absorbed back in their parent departments, the official note state and added that the support staff who are on the rolls of DRDA may be absorbed by the appropriate line departments in the district planning and monitoring body as per their qualification.

In case the fitment is not possible and is not organic, they can be placed with the schemes such as MNREGS, PMAY, NSAP etc as per their competence and qualification in suitable capacities.

The accounts of funds released under DRDA scheme may be got audited and the balance unutilised amount with DRDAs as of March 31, 2022, reflected in audit reports may be transferred to the Zilla Parishads or Zilla councils or any other body, as the case may be and be accounted for in subsequent releases, the official note stated.

Incidentally, the DRDA had played a crucial role in the economic empowerment of the women self-help groups. Then Chief Minister Dr YS Rajashekhar Reddy had given a fillip to the SHG movement by entrusting the job of procurement of the paddy from the farmers and providing them with the commission.

The DRDA had taken up several poverty alleviation programmes implemented by the Ministry of Rural Development and the women empowerment programmes were accorded top priority. 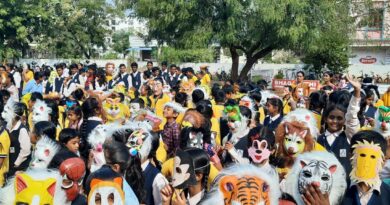 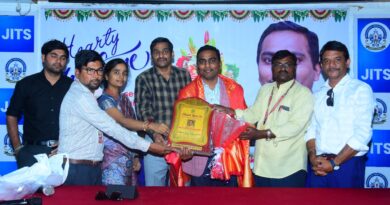 Students told not to waste valuable time on social media 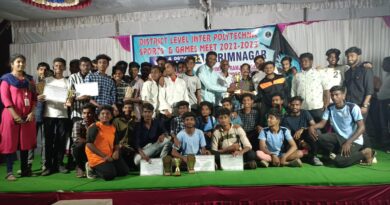