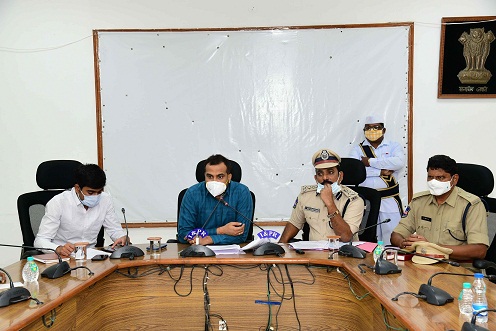 All should adhere to Covid norms, says collector

Polling agents and personnel should be vaccinated

KARIMNAGAR: With the issuance of notification for the conduct of by-elections to the Huzurabad assembly segment by the Election Commission, the election code of conduct had come into force from Tuesday onwards in the Karimnagar district.

Incidentally, the EC had decided to conduct the elections by strictly adhering to the Covid-19 norms in the Huzurabad assembly segment. Disclosing this to newsmen in Karimnagar town on Tuesday, Collector and District Election Officer RV Karnan said that all the people in the Huzurabad assembly segment should follow the Covid norms of wearing a facemask, using sanitisers and maintaining social distance.

He said that all the polling personnel should be compulsorily inoculated with two doses of the Covid vaccine. Similarly, the polling agents deployed various political parties should also be vaccinated, he stated.  He also said that they would be appointing a special officer to strictly enforce the Covid norms in the segment. Commissioner of Police V Satyanarayana said that they would take all steps to ensure the smooth conduct of elections in a transparent manner.

The bypoll were necessitated after former Minister Eatala Rajender quit TRS following allegations of land encroachment. Later, he joined BJP and would contest the bypoll from the BJP. TRS has fielded the party’s student wing president Gellu Srinivas Yadav. 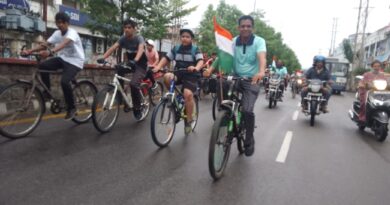 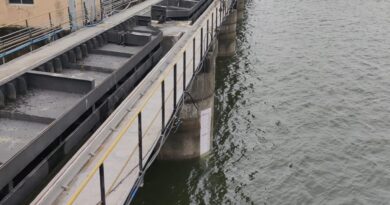 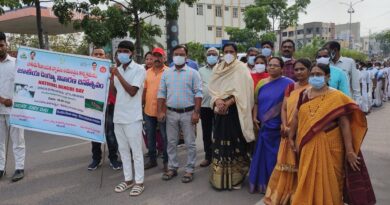 12 thoughts on “By-elections to Huzurabad segment on October 30”