RAJANNA-SIRCILLA: The “Laggam Pilla” (a bride) dancing to the Telangana folk song “Bulletu Bandi” which went viral on the social media has landed a staff nurse into trouble following her dancing to the popular number on the premises of Primary health centre in Thangallapalli mandal in the district on Saturday.

It may be recalled that a newlywed bride Sai Shreya had entertained her groom Ashok during the marriage procession in Mancherial district recently and the video went viral on social media. Similarly, a staff nurse Rajani had entertained her colleagues during the Independence Day celebrations at the PHC corridors to the popular ‘Bulletu Bandi’ folk song. Everyone appreciated her dancing skills to the popular folk song.

Though, the video went viral on social media and the majority of them have appreciated the spirit of the staff nurse to chill out after hectic schedule since the outbreak of the deadly virus, however, the district medical health officials have taken it seriously and served a notice to the nurse for dancing on the premises of PHC violating the norms.

On Saturday, the district medical and health officials had issued notice to Rajani for dancing on the PHC premises and also submitted a report to the Collector of the district.  On the other hand, the netizens have objected to the serving of notice to the staff nurse, who has tried to entertain her colleagues during the Independence day celebrations. They reminded that the medical and health department officials were striving hard since the outbreak of the Covid virus and it was time for them to chill out for some time to further intensify their duties of vaccination and other programmes. 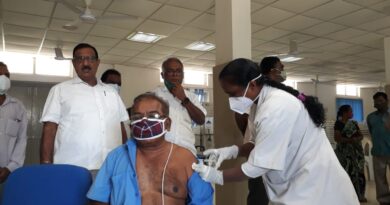 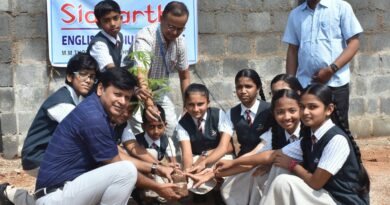 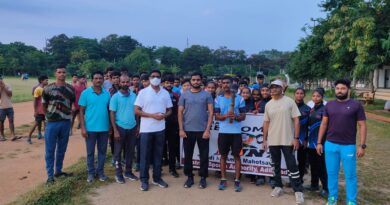