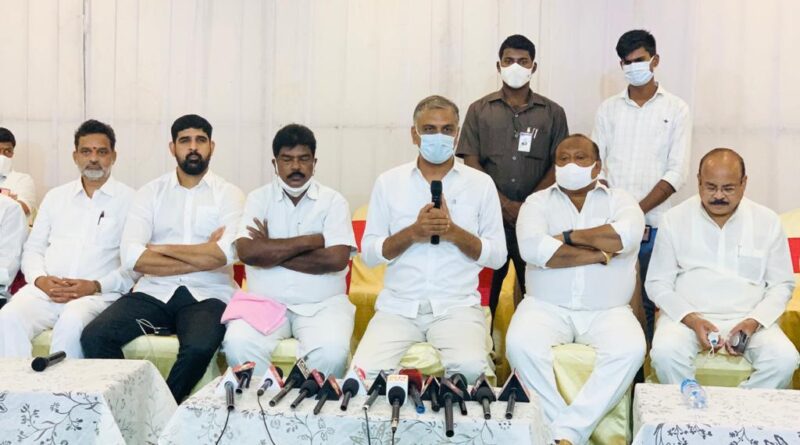 KARIMNAGAR: reiterating that the state government was committed to implementing the Dalit bandhu scheme on a pilot basis in Huzurabad assembly segment, Minister for Finance T Harish Rao has alleged that the BJP was orchestrating the agitations and creating confusion among the dalits in the segment.

Talking to newsmen in Huzurabad on Saturday, he charged that the BJP was trying to distance the dalits from the TRS, which would be a distant dream. If the BJP was concerned about dalits, let its party president Bandi Sanjay Kumar get additional Rs 40 lakhs from the Union government and we will give Rs 10 lakh and provide Rs 50 lakhs to each dalit for their economic empowerment, he dared.

“If you don’t get the central government funds, don’t obstruct the Telangana government which is providing the financial assistance for the transformation of dalits in the state. If you do obstruct, the dalits will oppose you”, he reminded. He expressed concern over the opposition parties for not appreciating Chief Minister K Chandrashekhar Rao for launching an innovative programme, which was the first of its kind in the country.

He said that the opposition parties also obstructed the implementation of the rythu bandhu stating that it was an election stunt. But, the TRS government was implementing the scheme in true spirit and benefitted the farmers to take up the farm operations with more enthusiasm, he added. In spite of the prevailing pandemic situation and low revenues to the exchequer, the government was implementing all welfare schemes, he maintained.

Reiterating that the government was committed to implementing the Dalit bandhu scheme in entire state, he said that on a pilot basis they were distributing the financial assistance to about 20,000 families in Huzurabad assembly segment. He said that the Chief Minister would hand over the benefits to 15 persons at Shalipalli village during the launch of the scheme in Huzurabad on August 16.

He clarified that the beneficiaries would be selected by conducting grama sabha in the villages in a transparent manner and see that all eligible dalits get the benefits of dalit bandhu. He also alleged that some parties were writing letters to the Election commission demanding the stoppage of dalit bandhu even before the issuance of notification.  Minister for Civil supplies Gangula Kamalakar, TRS leaders E Peddi Reddy, MLC-elect P Kaushik Reddy and others were also present. 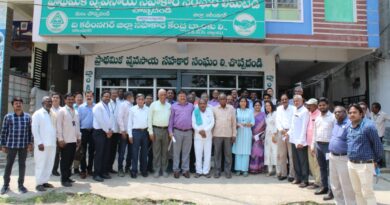