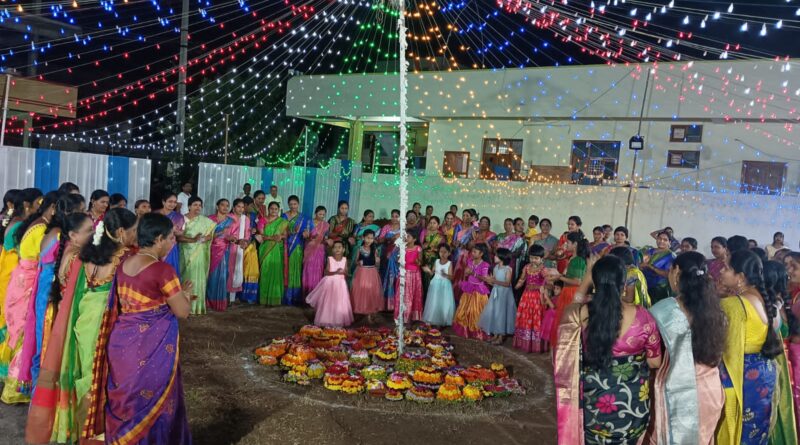 KARIMNAGAR: After two years of muted festivities following the deadly Covid-19 virus, the nine-day Bathukamma festivities began on an impressive note amid spiritual exuberance in various parts of Karimnagar town on Sunday (September 25, 2022).

Shrugging off the Covid-19 years, the people of the town launched the Bathukamma (festival of flowers) festivities with zeal and enthusiasm. The womenfolk clad in traditional attire participated in the celebrations of decorating the Bathukammas by arranging the flowers in a conical shape and dancing around them singing traditional songs. The womenfolk of all ages recited songs and danced to the traditional tunes in praise of Goddess Gouramma on the occasion. 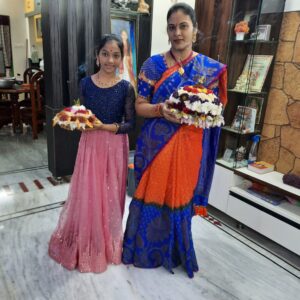 All the streets and colonies reverberated with the songs of the Bathukamma. The Municipal authorities had also made elaborate arrangements such as special illumination in various colonies for the womenfolk to play around with the conical-shaped Bathukammas.

The womenfolk made the Bathukammas by collecting different varieties of flowers such as Gunugu (celosia), thangedu (tanners cassia), Marigold, Chrysanthemum, Lotus and others. All the flowers have medicinal values. The Bathukammas are made in conical shape by arranging flowers in a colourful manner and placed in a centre and all the womenfolk gather around and play by singing traditional folk songs. 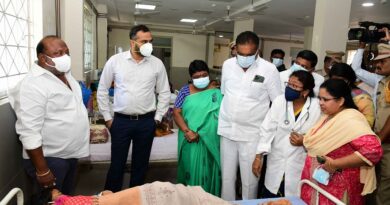 Minister tells people not to panic about seasonal diseases 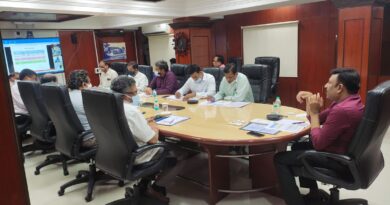