KARIMNAGAR:  A senior Congress party leader from the Karimnagar district had raised a banner of revolt against the Telangana Pradesh Congress Committee (TPCC) for its ‘unilateral decision’ in choosing the party candidate for the by-elections to the Huzurabad assembly segment.

The TPCC after consultation with the party high command had selected the NSUI state president Balmoori Venkat Narsing Rao, an upper-caste community belonging to Velama caste, as the party candidate from the Huzurabad assembly segment for the by-elections on Saturday night. The party was confident of fielding a student leader on par with the TRS candidate which had fielded its student wing leader Gellu Srinivas.

Irked over the nomination of NSUI state president Balmoori Venkat Rao as the party candidate from the Huzurabad segment, the Congress party senior leader and aspirant for the party ticket Pyata Ramesh had raised a banner of revolt and shared his feelings through social media by firing against the TPCC leadership and condemned the selection of the candidate without consulting the local leaders.

Pyata Ramesh alleged that the TPCC decision to select a non-local that too belonging to upper caste community was an insult to the BCs and SCs. The local leaders had strived hard for the strengthening of the party by selling away their properties against the wishes of the family members, he said and alleged that the TPCC had selected a candidate, who is a close relative of Minister for Finance T Harish Rao.

The Congress leaders protest against the party high command had demoralised the morale of party rank and file, who were gearing up for the by-elections and expected that there would be a triangular fight in Huzurabad. 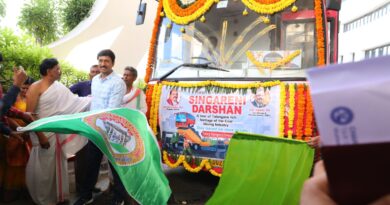 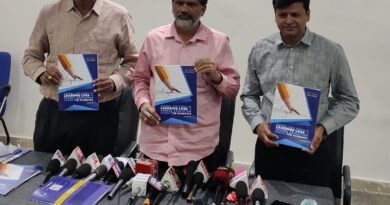 Students express inability to learn through online classes during lockdown