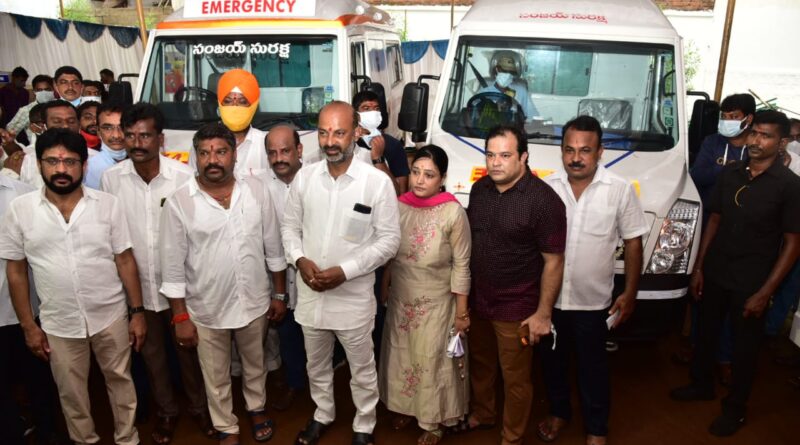 KARIMNAGAR: BJP state president and Karimnagar MP Bandi Sanjay, who turned 50 years on Sunday, celebrated his birthday with a difference by donating medical equipment and ambulances all worth Rs 3 crore to the government hospitals located in all the seven assembly segments of his parliament constituency.

With the support of his friends and family members, the Karimnagar MP had donated four fully equipped ambulances to the government hospitals in Karimnagar, Sircilla, Huzurabad and Vemulawada. Besides, he had also donated ultrasound scanning machines, ventilators (adults and paediatrics), laparoscopy, fetal Doppler, covid profile machines and equipment required in the ICU wards.

The MP also made available oxygen concentrators at his office and the people could utilise it whenever required. He also promised to supply the oxygen cylinders to the patients free of cost. In the next two months, he would hand over the ambulances and medical equipment to the remaining three assembly segments of Manakondur, Choppadandi and Husnabad.

On this occasion, Mr Sanjay Kumar also announced payment of the premium amount for the implementation of Pradhan Manthri Jeevan Jyothi Bima Yojana (PMJJBY) and Pradhan manthri Suraksha Bima yojana (PMSBY) to 5,000 active party workers of the constituency. He said that he would continue the payment of premium amount to the party workers as long as he was the MP.

The BJP rank and file had arrived in large numbers to greet the Karimnagar MP. The prominent among those who greeted the BJP state president include former legislators Anugu Ravinder Reddy and Bodige Shoba, former ZP chairperson Tula Uma,BJP leaders K Madhavi, Sangappa, Uma Rani and others.

Earlier, the BJP state president offered prayers at Mahalaxmi temple along with his family members in Karimnagar town. The BJP leaders celebrated the birthday of Mr Sanjay with fanfare throughout the district by organising various programmes. On the other hand, the party leaders have painted the Karimnagar town in saffron by erecting huge vinyl posters greeting the MP on his birthday. 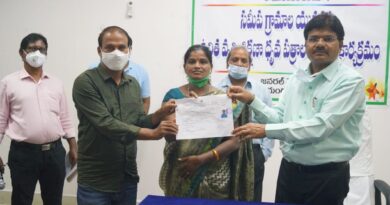 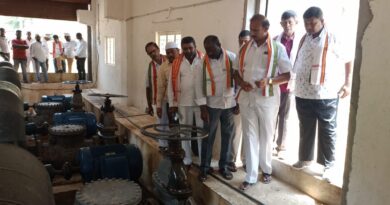 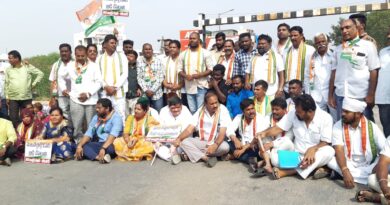 4 thoughts on “Bandi Sanjay celebrates birthday with a difference”